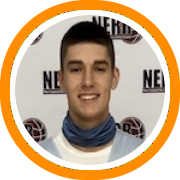 When the Be Seen Tour visited Cheshire Academy, we got to see prospects from both the boys and girls programs.  Earlier this week, we profiled the boys program, that has been vastly improving under head coach Jim McCarthy and establishing itself as a model for others in the area. This year's roster is their most talented in years with prospects like Ethan Okwuosa, Max Jusianiec, Max Polk, Joe Ostrowsky, Aidan Godfrey, and numerous others.  The ladies also have a couple… READ MORE > 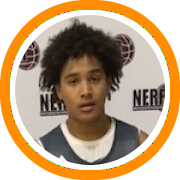 Play Hard. Play Smart. Play Together.  That’s the foundation of HST Basketball.  Coaches Jazz Silva and Ricky Leggett provide unwavering passion and a commitment to developing the fundamentals, skills, and work-ethic of all of their players.  Recently, they brought together all of the high school players in their program for a stop on the Be Seen Tour, and while it was the younger classmen who had the best overall depth, there were prospects in all four classes who made an… READ MORE > 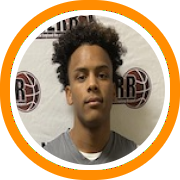 Project Triple Threat was established in the summer of 2016 by former D1 assistant and current prep school coach Drew Dawson.  Their mission is to facilitate player and personal development while assisting with exposure and the college recruiting process.  Specifically, that entails reinforcing fundamentals and developing individual skills, but doing so within the confines of team principles in order to foster a college-type, highly competitive, environment that prepares their kids for the next level.  The results speak for themselves as… READ MORE >

Sacred Heart continues to actively recruit the New England landscape with St. George's and Expressions Elite guard Dominic Mello being the second local product to commit to the Pioneers in the class of 2021.  Mello is a true scoring guard who put up 12 points and just under 4 assists for a St. George's team that won the ISL and advanced to the semi-finals of the NEPSAC Class B tournament a year ago.   Mello had landed a couple of early… READ MORE > 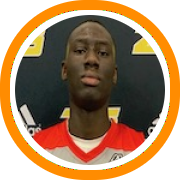 Putnam Science Academy and Team New England big man Mohamed Sanogo made a verbal commitment to Florida International University on Tuesday night.  The 6-foot-9 big man previously starred at Taconic High School, where he led his team to three straight MIAA state finals, and yet still finished his high school career without a D1 offer.  That first offer arrived in April, immediately after being featured in the NERR-TV Unsigned Senior Virtual Showcase, and subsequently announcing he was headed to prep… READ MORE > 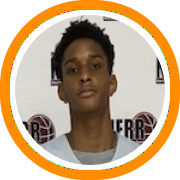 The Cheshire Academy basketball program has stood the test of time and while there have been some peaks and valleys over the years, they’ve been a relative constant on the New England prep landscape for 20+ years now.  One of the most notable of those valleys though, came just a couple of years ago in the summer of 2018, with virtually no returning players or coaches.  Longtime college coach Jim McCarthy was brought in after previous stops at universities like… READ MORE > 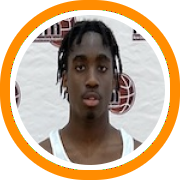 A few days ago, we published our full #BeSeen feature on Cushing Academy, a program that is annually one of the best in Class AA of the NEPSAC and is using this unusual year to double-down on their commitment to player development.  Jaden Bobbett is the veteran leader of this year's squad while a talented list of newcomers includes Chris Cain, Brendan Coyle, Billy Lia, Adrian Uchidiuno, Giovanni Tam, and Chase Ross among others.  Below is the full #BeSeen movie… READ MORE >

Diamonds in the Ruff - Top 10 Performances 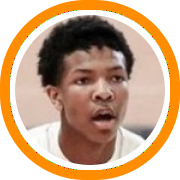 The Be Seen Tour attended the reecnt Diamonds in the Ruff Top 40 showcase, hosting some of the top underclassmen in the greater Long Island area.  Click here for the full event recap. The full video trailer recaps, counts down the top ten individual performances from the event, while we also look back on some of the other video content to come out this week care of Hoop Major.  #BeSeen �� from the @D1TRcom Top 40 event. @LuHiBasketball & @PSACardinals… READ MORE > 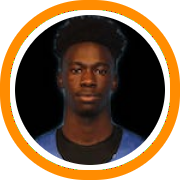 Yesterday, our #BeSeen coverage recapped an up-and-coming program from Long Island, Boys2Men, including top prospects like Aaron Talbert, Darian Parks, Mitchell Cummings, Colby Jordan, Muneer Ibrahim, Brian Blanchet, and others.  Part two of the coverage from the Be Seen Tour includes the full movie trailer from Hoop Major, which can be found below, along with other highlights that have come out over the course of the week on social media.  Tyler Anderson - a young junior from @LIB2MBBALL with a… READ MORE > 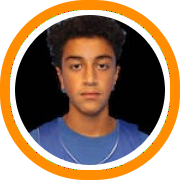 The Boys2Men Basketball program may only be three years in the making, but under the leadership of Abdur Kareem, this program’s coaches have deep roots helping kids from the Long Island area get to the next level with past successes at Team Underrated and Open Season AAU.  Last week, the Be Seen Tour got a chance to see both of the program’s varsity teams.  Here’s a rundown of the players who impressed: Class of 2021 Colby Jordan, 6’1, SG, Half… READ MORE >