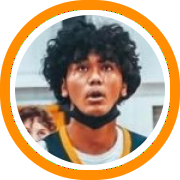 Woodstock Academy post-graduate forward Kunga Tsering announced his verbal commitment to Adelphi University, a division II school in Long Island, over the weekend.  Tsering is a skilled 6-foot-7 forward who can stretch the floor and has inside-out mismatch potential.  He played his AAU basketball for the New Jersey Panthers and helped them to a HGSL championship this past summer.  "Kunga is as fluid of a student-athlete as we've had come through our program," said Woodstock Academy head coach Jacque Rivera,… READ MORE > 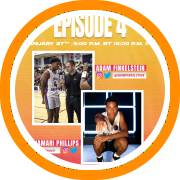 #RealTalk returned to Instagram Live on Thursday night with ESPN 25 guard Jamari Phillips and while Phillips is a California native who is still relatively unknown in New England and the Nortehast as just a sophomore, this conversation still includes a number of relevant topics for local products.  One of the first subjects discussed, which is specific to young guards in this generation who have come up modeling their games after the likes of Steph Curry, Dame Lillard, Trae Young and… READ MORE > 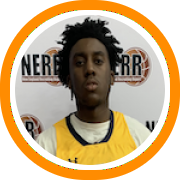 After updating our 2022 rankings earlier this month, it is now time to circle back to the junior class.  It was our hope that at this point we would have seen everyone, but unfortunately the recent covid pause has delayed that, and so this list will evolve as we continue to evaluate the progress of the region's top prospects.  In the state of Connecticut, the most notable riser has been Putnam Science Academy's Mouhamed Dioubate. The 6-foot-7 forward has established… READ MORE >

The New England Recruiting Report, in collaboration with Zero Gravity Basketball, has announced our spring grassroots tournament schedule with the return of the Northeast Hoops Festival and the expansion of the Super 16 Showcase.  The Northeast Hoops Festival, which has annually attracted the deepest and most talented field in the region, is returning to the greater Boston area on April 2nd and 3rd and is once again expected to host many of the top grassroots programs in the northeast region.… READ MORE > 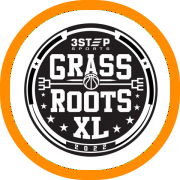 There is a new number one in the Prep Power Rankings following a big week of prep school basketball in New England and beyond.  A short-handed NMH team fell in dramatic fashion to South Kent on Sunday while Putnam Science forced overtime with an offensive putback to beat the buzzer before a game winning three-pointer over Brewster in the extra session. Those three possesions ultimately flipped the top of the prep rankings as Putnam Science took over the top spot while… READ MORE > 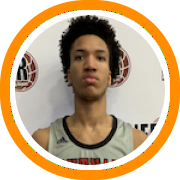 Day two of the opening session of the New England Basketball League brought some old-fashioned prep school battles even as multiple teams were short-handed and one was on a covid-pause.  Bridgton Academy rebounded to knock-off Woodstock Academy in the opener while New Hampton had a dramatic overtime win over St. Thomas More next. The Putnam Science vs. Brewster game was a hard-fought battle for all 40 minutes, that also needed overtime to be decided, before the Mustangs won by a… READ MORE > 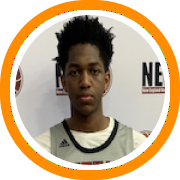 The New England Basketball League (NEBL) tipped off on Saturday with four games.  Eight teams are back in action on Sunday and while no fans (other than college coaches) are permitted to attend, all of the games are being live streamed for people to watch at home.  Sunday's schedule is as follows: 11:00am Woodstock Academy vs. Bridgton Academy 12:45pm St. Thomas More vs. New Hampton 2:45pm Putnam Science Academy vs. Brewster Academy 4:30pm South Kent vs. Northfield Mount Hermon Saturday's… READ MORE >

Claude Calls it for Xavier

The best available player in New England's class of 2022, Desmond Claude, came off the board on Thursday with a commitment to Xavier.  The Musketeers had prioritized Claude all season long, making numberous trips Putnam Science Academy to see him this fall and then hosting him for an official visit in October.  "I think it was the best basketball situation for me," Claude told the Cincinnati Enquirer. "For one, they win and they got good other freshmen coming in. They… READ MORE >

ESPN updated their national rankings with the ESPN 100 of 2022, ESPN 60 of 2023, and ESPN 25 of 2024 on Wednesday.  As usual, there were plenty of local names on the list.  It begins with Wilbraham and Monson Academy and New York Rens senior Kyle Filipowski who is now one of the top five ranked prospects in the entire country.  Bristol Central big man Donovan Clingan, who played with grassroots basketball with Team Spartans, is next at 51 while… READ MORE > 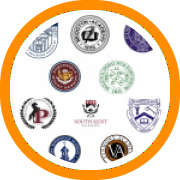