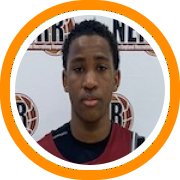 After updating our 2022 rankings earlier this month, it is now time to circle back to the junior class.

It was our hope that at this point we would have seen everyone, but unfortunately the recent covid pause has delayed that, and so this list will evolve as we continue to evaluate the progress of the region's top prospects.

In the state of Connecticut, the most notable riser has been Putnam Science Academy's Mouhamed Dioubate. The 6-foot-7 forward has established himself as a key part of the attack for a PSA program that is currently undefeated and atop the Prep Power Poll. In the process, he's shown tools that translate to the next level with a handful of mid-to-high major programs n ow tracking his progress. He sits just behind Kingswood-Oxford's Gavin Griffiths and South Kent's Pape Kante, who retains their places atop the state's 2023 class.

Another notable riser is Loomis Chaffee guard Caleb Crawford who has exceeded expectations since his arrival with his playmaking ability at the lead guard position and is knocking on the door of the top ten as a result.

These updated rankings also include first-year prep products for the first time and so the Woodstock Academy duo of Jamine Charles and Diovion Famakinde both make their debut within the top ten prospects in the state. Charles is a true center with size, athleticism, physical tools, and a high-ceiling. Famakinde is a match-up problem with positional size and strength in the backcourt along with skill and playmaking ability.

In total, we have 25 prospects listed in the Connecticut 2023 rankings, but stay tuned to NERR as this list will undoubtedly continue to grow and evolve in the coming weeks and months.