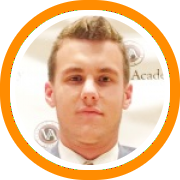 Updated rankings have now been released in New England's 2016 class including all six states as well as the top 40 prospects in the region overall.

First year products have been included for the first time and that means players like Omari Spellman, Eddie Ekiyor, Travis Atson, Jovan Grujic, and Kevin Marfo are all making their debut in the rankings.

Spellman takes over the top spot after backing up his national reputation in the first two months at MacDuffie (MA) while Sacred Heart (CT) swingman Mustapha Heron is right on his heels in the second spot. Vermont Academy's Bruce Brown rounds out the top three.

In Connecticut, Heron leads a list that is widely populated by the loaded junior class at the South Kent School. K.J. Santos is in the second spot despite being sidelined by injury for most of the season thus far while Atson, Grujic, and Martynas Pacevivius aren't far behind. Putnam Science big man Mamadou Diarra is up to the third spot while St. Thomas More and the Master's School are both represented by a pair of juniors in Christian Vital and Arkel Ager-Lamar and Sam Ibiezugbe and Elijah Pemberton respectively.

Spellman starts things off in Massachusetts followed by four other frontcourt prospects in Wilbraham & Monson's Wenyen Gabriel, MacDuffie's Jordy Tshimanga, Northfield Mount Hermon's A.J. Brodeur, and Notre Dame Prep's Chris Baldwin. Worcester Academy's one-two punch of Saul Phiri and Kevin Marfo are followed by two familiar names in Unique McLean and Ian Sistare. Brimmer and May center Mark Gasperini cracks the top ten for the first time and is one of the most notable stock risers in the state.

After Ekiyor, New Hampshire's junior class is best characterized by their depth as Tilton's Robert Martin Jr., New Hampton's Donovan Love and Jimbo Lull all give chase. Holderness has two newcomers on the list in Thomas Jackson and Ziggy Tracey while Proctor Academy's Julian Roche, Kimball Union's Luke Rosinski, and Tilton's Brett Hanson all make their debuts as well.

Tyrique Jones is right behind his Vermont Academy teammate Bruce Brown in Vermont's 2016 rankings while Rice Memorial has a heck of a duo of their own in the public school ranks with Kendrick Gray and Ben Shungu. Vermont Academy point guard Patrick Fisher rounds out the top five.

Andrew Fleming retains the top rankings in the state of Maine and is followed by a slew of point guards in Mt. Ararat's Shyheim Ulrickson, Hampden Academy's Nicholas Gilpin, Falmouth's Thomas Coyne, and Lee's Stefan Jevdjenijevic.

Terrell Brown is still the top ranked player in Rhode Island while the battle for the second spot is a tight one between Barrington's Matt Dewolf and St. Andrew's Eric DAguanno. Nate Duda and LaSalle Academy's Lawrence Sabir round out the top five.