In each of the first two weeks of the July evaluation period, we've looked back to see which scholarship offers have come out of it. Now, it's time for the third and final week in review of offers: Wenyen Gabriel was obviously the big winner of the third and final period, leading the Rivals to a place in the Adidas Uprising Summer Championships final on ESPNU and landing new offers from the likes of Duke, Kansas and Kentucky in the… READ MORE >

In the week before the July evaluation got underway, Nassir Barino was one of the players that stood out at the Elite 75 College Showcase, setting the tone for what was a very productive month in front of college coaches. Barrino, who played an important backcourt role for the New Jersey Playaz at the EYBL Finals and Las Vegas Fab 48 alike, was impressive not just on the floor but also in the combine portion of the Elite 75. Velocity… READ MORE >

The state of Connecticut was well represented this past weekend at the Buzzer Beater Classic as the United Sons and Daughters and Stamford Peace won their respective brackets. Both teams used balanced scoring and some excellent guard play en route to to the championship. In doing so, they went 3-0 and knocked off a number of teams from around the Northeast region.       USAD, despite playing shorthanded, had three convincing victories over the HC Elite out of New Jersey… READ MORE > 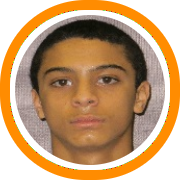 The Boston Amateur Basketball Club's 10th grade team traveled to Louisville during the third and final week of the July evaluation period and came away with their latest Amateur Athletic Union national championship. Played in the historic Freedom Hall, BABC knocked off the Albany City Rocks 50-44 in the final, their 5th match-up of the year after having previously met at the BasketBull National Invitational, twice at the Boston Shootout and first at the Boo Williams Invitational. The win gives… READ MORE >

The Mass Rivals had a storybook week at the Adidas Uprising Summer Championships, culminating an appearance on Sunday afternoon’s final, which aired live on ESPNU. Wenyen Gabriel helped himself as much as any prospect in the country this week as he not only continued to be followed by a variety of high-major head coaches, but also added new suitors, as Duke’s Coach K and Kentucky’s John Calipari joined the likes of Kevin Ollie, Ed Cooley, Shaka Smart, Mike Brey and… READ MORE >

CBC Wins Live in the AC

The Connecticut Basketball Club punctuated their comeback summer with a championship at Live in the A.C., knocking off a number of talented programs from the Mid-Atlantic region in the process. Team Final Black, New Jersey Roadrunners and Jersey Shore Warriors all went down in their run to the finals, where they matched-up with Sports U, an Under Armour sponsored program from New Jersey. Faced with a talented program that boasted superior size at virtually every position on the floor, CBC… READ MORE >

With pool play wrapping up and the single elimination bracket play set to begin on Friday both the Mass Rivals and New England Playaz had won their respective pools and advanced to the championship bracket at the Adidas Uprising Summer Championships. The Playaz went a perfect 3-0 opening with a Wednesday night win over Texas Elite 78-40 and then a pair of close games on Thursday over Compton Magic 74-68 and Florida Sons 70-65. Tremont Waters has continued to be… READ MORE >

The month of July can be the most important time of year in the recruiting process and now that we're already two-thirds of the way through the recruiting period, we've already seen some clear winners.The New England Recruiting Report recently broke down some of the biggest individual winners thus far in another exclusive on Cox Hub.To read the article in its entirety please click here.   READ MORE > 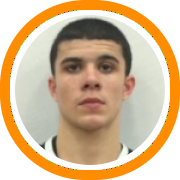 The third and final week of the July evaluation period is set to tip-off on Wednesday afternoon at 5pm and New England teams are scattered from Las Vegas to Louisville to New Jersey and Atlantic City. Here's a look back at some of the offers that were generated during the second week of the period: USAD's E.J. Crawford landed his latest offer from Robert Morris while Towson came calling for Malik Petteway, following a post-graduate year in 2016. D.C. Blue… READ MORE > 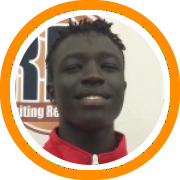 The Hall of Fame National Invitational wrapped up on Sunday with two champions crowned in both the u17 and u16 divisions respectively. The Mass Rivals took the top prize by winning the u17/open championship with a win over GTA Bounce in the finals. That win came on the heels of a win over the Albany City Rocks in the semifinal in a match-up that appeared to be the top draw of the weekend and attracted Maryland head coach Mark Turgeon,… READ MORE >