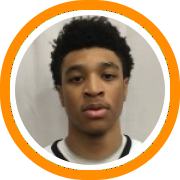 The Hall of Fame National Invitational wrapped up on Sunday with two champions crowned in both the u17 and u16 divisions respectively.

The Mass Rivals took the top prize by winning the u17/open championship with a win over GTA Bounce in the finals. That win came on the heels of a win over the Albany City Rocks in the semifinal in a match-up that appeared to be the top draw of the weekend and attracted Maryland head coach Mark Turgeon, Providence head coach Ed Cooley, Boston College head coach Jim Christian, Rhode Island head coach Dan Hurley and UMass head coach Derek Kellogg among others.

Wenyen Gabriel continued to be the main attraction for the Rivals, pulling in his latest offer from Villanova, and being watched by Kentucky assistant Tony Barbee on Saturday, but this was far from a one man show.

Makai Ashton-Langford was up to his usual tricks making plays off the dribble while Chris Baldwin continued his strong summer with another impressive performance. Azar Swain provided a spark in the semis by knocking down some shots while Mark Gasperini gave a similar boost in the finals with some good minutes up front. This weekend was also the best Greg Kuakumensah has been so far this summer.

On the other side of the bracket, the BABC 10th grade squad knocked off the City Rocks 10th graders 59-42 to win a championship of their own. Justin Mazzulla stuffed all columns of the stat sheet but Jakigh Dottin stepped up as well to deliver a big weekend and keep his strong summer rolling while Garrett Stephenson held down the interior.

The PSA Cardinals knocked off New York Lightning 62-42 to win the u16 championship. While Mohamed Bamba is the main attraction of this squad and a top ten national prospect, they get other significant contributions from a variety of local prep products including the Commonwealth Academy duo of Hasahn French and Jordan Vidal.