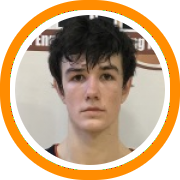 Today we begin to roll out our updated rankings in the class of 2018 by announcing updated lists in all six local states. As was the case last week in the class of 2017 rankings, these latest lists include first year prep products for the first time and so these are deeper and more comprehensive rankings than we have seen to date in the junior class. Massachusetts' junior class has more depth than any other state in New England. The… READ MORE > 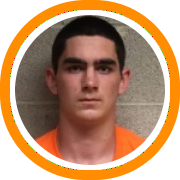 Tomorrow we’ll begin to roll out our updated 2018 rankings and the list is bound to be much different than our last edition as first year prep products will make their debut.  Those won’t be the only changes though as a number of juniors have managed to increase their stock in the first two months of the high school season.  Here’s a look at some of those prospects who have made a consequent jump (presented in alphabetical order): Byron Breland,… READ MORE > 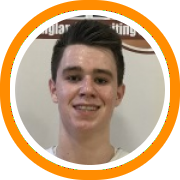 Suffield Academy senior guard Griffin Kornaker announced his college commitment this weekend following his acceptance to Middlebury College. Griffin took to his twitter account to announce his commitment and expressed his thanks to both his family and friends. Middlebury college class of '21 pic.twitter.com/4MGm2aZaIn — griff (@GKornaker) February 5, 2017 Kornaker is currently in his second season at Suffield Academy. As a junior, he helped lead the Tigers to a 19-7 record and a spot in the semi-finals of the… READ MORE >

It was another week full of top performances in New England as there were standouts in all six states. Remember, nominations for notable performances can be made by players, coaches, parents, or event fans. All you have to do is tweet at us @NERRhoops or drop us an email. Here's a rundown of some of this week's most impressive: Notable Performance - Nobles (MA) senior James Mortimer scored his 1000th career point on Friday night. — NERR (@NERRHoops) January 30,… READ MORE >

The 19th annual National Prep School Invitational took place at Rhode Island College last weekend. New England’s top prep programs joined a handful of international basketball academies to form a 32-game schedule, featuring a deep talent pool that attracted a plethora of high major college coaches looking to make both early and late additions to their recruit classes. New England was well represented once again, finishing with a 9-4 record against teams from outside the region and a sparkling 6-0… READ MORE >

Wheeler; Say Latest to Come off Board 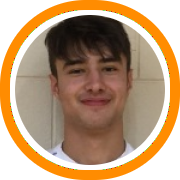 Two local division III programs landed important commitments this week as Wilbraham & Monson forward Dakota Wheeler and Brewster Academy guard Semih Say came off the board to WPI and Brandeis respectively. Wheeler is currently in his second season at WMA, after arriving from nearby East Hampton, Massachusetts. The 6-foot-5 forward is a pure shooter of the basketball, not just from behind the three-point line but also off the dribble in the mid-range area as well. A senior captain for… READ MORE >

A day after announcing updated 2017 rankings in all six states, rankings have now been released for all of New England's senior class with an Elite 75 for the class of 2017. The top of the list mirrors what we saw in ESPN's national rankings last week with Hamidou Diallo remaining on top, for reasons we explained yesterday, while Tremont Waters, Makai Ashton-Langford, Jermaine Samuels, Kimani Lawrence, Wabissa Bede, Christian David, and Jordan Nwora follow and Hasahn French and Kellan Grady… READ MORE > 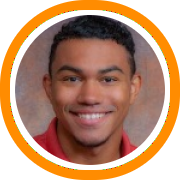 We have begun the process of updating our 2017 rankings by announcing updates lists in all six of New England's states. This latest set of rankings features a variety of new names after adding all first year prep products to the list.  The state of Massachusetts remains the most talent rich, at least relative to true local products. The top five is relatively unchanged as Jermaine Samuels and Wabissa Bede pace the group followed by Hasahn French, Kellan Grady, and… READ MORE >