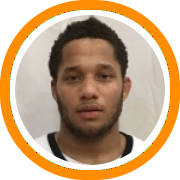 We have begun the process of updating our 2017 rankings by announcing updates lists in all six of New England's states. This latest set of rankings features a variety of new names after adding all first year prep products to the list.

The state of Massachusetts remains the most talent rich, at least relative to true local products. The top five is relatively unchanged as Jermaine Samuels and Wabissa Bede pace the group followed by Hasahn French, Kellan Grady, and Andrew Platek. Redemption Christian's Chris Duarte has made a jump as too have the likes of Greg Kuakumensah, Matt DeWolf, and Dimon Carrigan - all of whom have raised the level of their play in their senior seasons. Devante Jones, Melo Eggleston, and Zep Jasper headlines some of the new names to the list.

While Massachusetts may have the most true local prospects, the incoming prep crop has dramatically increased the depth of talent in Connecticut. Keeping the list to 25 was a tremendous challenge since there are very literally close to 50 players within the state's borders that have a realistic chance of earning a scholarship. The name atop the list, Hamidou Diallo, hasn't changed despite the fact that he is currently enrolled at Kentucky. However, given that he started the prep school season here, and won't officially suit up for Kentucky until next year, we opted to keep him listed in 2017. Tremont Waters was the clear cut choice for the second spot while Alexis Yetna, Walter Whyte, and Trevor Moore round out the top five. Malik Ondigo, Isaac Kante, and Jordan Burns join Yetna and Moore as notable newcomers while Jaheam Cornwall, Patrick Harding, and Rich Kelly are among the players who have made a jump over the last four months.

New Hampshire is often a state dominated by prep school rankings and this year is no different. However, it is two true local products who sit atop the list in Makai Ashton-Langford and Kimani Lawrence. Thomas Allen is the only newcomer in the top five and is joined by New Hampshire native Geo Baker and Anthony Gaines. Curtis Haywood and Michael Okauru headline the other notable newcomers while Daniel Cabassa is a riser in recent months.

Maine is another state dominated by prep school prospects as Shaquille Walters takes the top spot followed by a group of other newcomers. Skyler Nash and Bobby Planutis, two players who have seen their recruiting stock jump exponentially since their arrival, complete the top three while Rhode Island native Noah West is perhaps the biggest riser in the top ten.

The state of Vermont is dominated by one prep school in particular as Vermont Academy holds the top seven spots in the state. The battle for the top spot was a tough one given that Christian David has yet to regain his old form following his torn ACL. However, we've yet to see anyone's total impact exceed that of what a healthy David can produce. His teammates, Jordan Nwora and Marcus Santos Silva, are his primary competition while Will Brady was among the biggest risers in the class.

Rhode Island, not unlike Vermont, is also dominated by one powerhouse prep program at St. Andrew's. However, this year's number one doesn't currently hail from the Saints' roster as Justin Mazzulla holds that title. Paul Newman provides the closest competition while Keyshaad Dixon and Brandon Kolek have both had strong seasons to date.