Wheeler; Say Latest to Come off Board 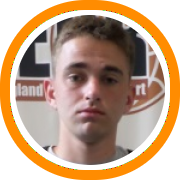 Wheeler is currently in his second season at WMA, after arriving from nearby East Hampton, Massachusetts. The 6-foot-5 forward is a pure shooter of the basketball, not just from behind the three-point line but also off the dribble in the mid-range area as well.

A senior captain for the Titans, Wheeler is one of a select few veterans on an otherwise young team that has exceed expectations in the second half of the season with recent wins over Cheshire Academy and Kimball Union among others.

Say is a Turkey native who is in his second season at Brewster Academy. A big, 6-foot-3, lead guard, Say is a solid athlete and crafty playmaker with a definite flair to his game. He ran with the Pittsburgh based TTG Elite on this summer's grassroots circuit and had been recruited by both division I and II programs before committing to Brandeis.

He is the sixth member of Brewsters 2017 class to make his college decision as the Bobcats had previously seen players commit to the likes of N.C. State, Connecticut, Georgia Tech, Florida, and Purdue. Brewster is currently undefeated and a concensus team atop every national prep poll.