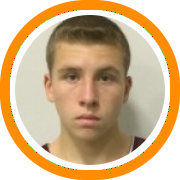 The fourth and final look back at the 7th annual Elite75 Showcase – Frosh/Soph Edition focuses on the backcourt talent in the class of 2018, and it is a lengthy group as the amount of guards in the class dwarf the big men at the moment.

A.J. Reeves – A long and exciting guard with a lot of upside, Reeves was showing the full package on Sunday, incorporating his excellent handle and jaw-dropping quickness with his length and developing jumper.  BallasTV had highlights.

Nyzair Rountree – An athletic and fluid player who often streaked by opponents with his sleek 6-foot-3 frame and solid handle on his way to finishing at the rim, Rountree was equally impressive on defense with the physical assets to become an elite on-ball defender.  BallasTV highlights on instagram.

Tanajh Pettway – The Central Catholic freshman left an indelible impression with his creativity, scoring at all three levels, and unselfishness in finding teammates for easy baskets. He was certainly one of the top playmaking freshmen guards in the field.

Preston Santos – When it comes to upside, this guy is loaded with it.  A long perimeter player with legitimate guard skills to match his great size, this lefty is only just beginning to scratch the surface of his potential.  BallasTV highlights on instagram.

Akeil Shakoor – He may be undersized at the present moment but he has a big presence and a formidable weapon with his handle.  Shakoor has the ball on a string and can make plays and get into the lane on demand.

Cole Swider – A well known shooter who has hit a growth spurt and shot up nearly six inches in less than two years, Swider is essentially a brand new player and one of the most dangerous marksmen in the class of 2018.

Calvin Whipple – Speaking of marksmen, this sniper drills tough shots off the catch or the dribble but has a complimenting game as well.  He penetrates with little wasted motion and shows a refined pull-up game with flawless rotation.

Tyler Aronson – A pass-first point guard, the 6-foot-1 freshman from Rivers School repeatedly made defenses pay with a nice midrange game. When crowded, Aronson used his quickness to get into the lane and kick to open teammates.

Shandon Brown – A talented playmaker with an extra gear of burst, Brown is a dynamic guard from Beaver Country Day (MA) who offered glimpses of his potential with various moves including one explosive first step and sweeping finishing while driving off the right elbow.

Terrell Brown – Displaying an on-court demeanor beyond his years, Brown took charge during the scrimmages, instructing teammates on spacing and ball movement. The Brooks (MA) guard had success getting to the rim and will have the luxury of being mentored by Ikenna Ndugba.

Joshua Moncrieffe – A wiry wing with good burst, Moncrieffe utilized a herky-jerky style off the bounce that allowed him to unleash shots from anywhere on the floor.  He frequently displayed a step-back jumper that defenders were unable to stop.

Paul Durkee – A big guard from Shrewsubry (MA), Durkee has strong legs and big shoulders to be a physical mismatch on the perimeter along with veteran savvy and a variety of different runners and floaters en route to the rim.

Shamir Johnson – A highly versatile and smooth guard with lots of upside as he keeps growing, Johnson could have been plenty more selfish on Sunday but was instead content to show his high basketball I.Q. and unique understanding of the game.

Dominic Jones – The New Mission (MA) freshman, originally from Chicago, is putting up big numbers in fall leagues right now and he proved his talent here.  A high level athlete who hammers dunks and gets chase down Lebron style blocks, he can also make shots and score off a couple of bounces.

Isiah Gaiter – The Xavier (CT) guard is a long lefty with the extra gear to create his own offense but where he really stood out was with his passing, showing unselfishness and vision not just to throw assists but also extra passes within the course of a possession.

John Packard – With a toughness that allows him to rebound in traffic and plays bigger than he is around the lane along with a shooting strake with a release across his face ala Peja Stojakovic, Packard was a versatile talent and new name to emerge this weekend.

Mike Palmieri – The St. Paul’s (CT) floor general isn’t a finished product physically yet but he’s a pure point guard with a high basketball I.Q. as well as a very accomplished passer and ball-handler.

Brandon Monheimer – A heady and versatile guard who will debut for Needham (MA) this spring, Monheimer has a natural feel for the game and good understanding of how to play.

Sebastijan Skoko – He looked like he belonged at the highest level of competition and he should given that he already played varsity basketball for Roxbury Latin (MA) as an 8th grader while also playing “up” on the AAU circuit.

David Mitchell – The incoming Belmont Hill (MA) wing is a long lefty forward who goes through contact on his way to the rim and makes plays off the bounce on a consistent basis.  He has obvious talent and definite potential to continue evolving.

Elliot Nelson – The 6-foot freshman guard out of Rice Memorial (VT) consistently played under control and finished around the hoop with both hands. His understanding of angles, especially against players with more athleticism, allowed him to repeatedly get into the lane.

Skye Boykin – Among undersized guards, the 5-foot-10 Boykin stood out for his shifty dribbling, strong court vision and ability to make those around him better. When Boykin found his way into the lane, he also displayed an array of shots that allowed him to score against taller opponents.

Isaiah Williams – A speedy playmaker with top notch jets, Williams is quick and shifty alike, and also left handed.  He creates tempo, plays very hard, and makes plays off the bounce.  Check out his highlights on YouTube.

Chad Peterson – He already has the size and strength to physically compete from day one at North Attleborough (MA), but his high level shooting stroke from behind the three-point line is his real weapon and a good one at that.

Jayden Depina – A shot-making point guard who can heat up and make shots in bunches from behind the arc, Depina showed a newfound commitment to the defensive end while being quick off the bounce and able to create for himself and others.

Chris Childs – He came up from New York and made a big impact, showing potential as a big point who is fast with the ball, keeps his head up in transition, and is both a good passer and finisher on the break.

Here’s a look at some of the other freshmen guards who played their way onto our radar:

• Andrew Anulis and Bmenet Girum are part of a super talented young core at Cambridge Rindge & Latin. Anulis is a power guard and good athlete while Girum is a high level defender who was flawless leading the break;

• The Lim brothers, Ryan and Jason, might be lacking in size right now but they are very skilled, able to create off the dribble, and make plays going to the rim. Both have a definite chance to play basketball at the next level;

• Marcus Barker played extremely hard, constantly hustling, diving on loose balls, and driving through contact to get to the rim;

• Daniel Campbell is a long playmaking guard who will be good for Classical (CT) from day one with his exceptional handle and quick first step;

• Tomas Donoyan is a big and skilled guard who handles especially well and has a knack for finishing in traffic;

• Darius Odem is a strong scoring guard who can handle, finish, and defend while making an impact on both ends;

• Percious Okoh has a fitting first name when it comes to the quality of his handle and specifically his crossover move;

• St. Johnsbury (VT) guard Antonio Carlisle is skilled and fundamentally sound with shot-making ability both spotting up or coming off screens;

• Jay-Juan Hayes is a handling guard who can get into the lane and finish intelligently at the rim against bigger players;

• A tough scoring guard who is athletic, crafty, and can both defend and make shots, Benjamin Emerson will have a nice career at Oxbow (MA);

• Marc Dolgin is a heady player who does all the little things. He communicates, plays hard, is smart, and knocks down open shots;

• John Coleman could grow into a factor for a storied Windsor (CT) program thanks to his athleticism in the backcourt;

• Jack Cowan has a versatile offensive game, able to make shots from the perimeter and also get to the rim with straight line drives;

• Jermaine Fernandes is quick, shifty, and tough. He passed off the dribble extremely well and was quick to loose balls.