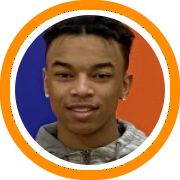 Danbury High School just wrapped up an abbreviated 2021 season with a 6-6 record and first-round loss in the FCIAC tournament, but as GameTimeCT documented on Friday, hopes are high moving forward after head coach Casey Bock got significant contributions from several underclassmen.  Tops among that group was Cameron Perkins and Charnez Perkins, a pair of cousins who both made their presence felt this season and are poised to form a dynamic tandem for the next three years.  “This is… READ MORE > 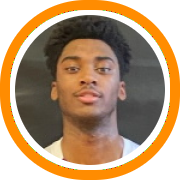 The Be Seen Tour made its farthest trip south recently to visit West Nottingham Academy in Maryland, the country’s oldest prep school, founded back in 1774.  The school’s basketball tradition began almost 25 years ago when Raphael Chillious pioneered a program that featured future UConn big man Josh Boone before heading to South Kent.  His departure led to a hibernation of the prep program but when Kris Johnson made the move from Lawrence Academy, he was able to revitalize it… READ MORE > 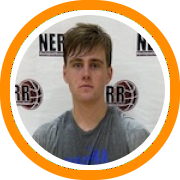 Canterbury School post-graduate and longtime Crown Basketball product TJ Long announced his commitment to Fairfield University earlier this week.  Long is a highly skilled, and equally smart, 6-foot-4 perimeter threat who can play multiple positions.  He graduated from Holy Trinity High School last year after a decorated high school career. He was first-team All-Long Island and one of Long Island's leading scorers as a senior year. His time with Crown was equally impressive. He was named first team All-HGSL in… READ MORE > 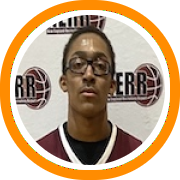 The Be Seen Trail recently traveled to MacDuffie School to see a program that is well on its way to getting back to their old form under second year head coach Aaron Patterson.  Despite the fact that some of the program's top long-term prospects are still not able to practice with the team while attending school virtually, there's already notably more talent in the gym then there was a year ago when the team advanced to the Class C finals. … READ MORE > 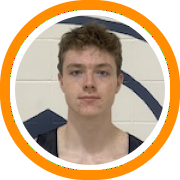 St. Thomas More and Albany City Rocks 2022 big man Riley Mulvey announced an early commitment to Iowa on Monday.  The Hawkeyes became the first high-major school to offer the 6-foot-11 big man a scholarship last May and have since been joined by a number of other suitors at that level.  The ties go back far longer than that to when Iowa head coach Fran McCaffery was the head coach at Siena where Mulvey's father once played soccer and his… READ MORE > 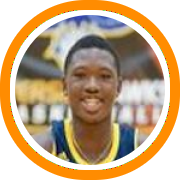 Gardner-Webb landed a pair of commitments from local prep products located just miles down the road from each other.  First it was Putnam Science Academy post-graduate and Team New England's Leon Williams and then on Monday it was Woodstock Academy post-graduate and Riverside Hawks' Julien Soumauro.   Williams, who graduated from Cambridge Rindge & Latin School last year, is a high-level athlete and multi-positional player on the perimeter who excels on the defensive end of the floor but is also capable… READ MORE > 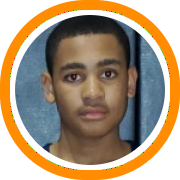 Bridgeport Prep sophomore PJ James was well on his way to having a breakout season, putting up almost 18 points and 6 assists per game before he was sidelined with an MCL and meniscus tear.  While the recovery from the injury could take as long as four months, James isn't deterred and already making plans to star with We-R1 on the Under Armour Association.  Here's a look at everything you need to know about a player who is bound to… READ MORE > 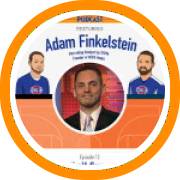 While there was no new episode of The Upside Podcast this week, NERR founder Adam Finkelstein joined the Level Up Your Basketball Podcast to discuss his path. Hosts Jesse Winter and Evan Conti did a ton of research and tracked Finkelstein's path all the way from his high school years up through his college coaching career to the roots of NERR alongside his experiences scouting in the NBA and working with ESPN. The full podcast is available below. READ MORE > 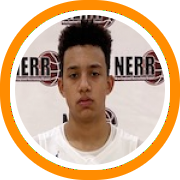 The Elite 75 Frosh/Soph list is winding down and should now be wrapped up by next week with only 4 spots remaining.  The most recent additions included Worcester Academy and City Rock's 2023 wing Kayvaun Mulready, Brockton and Mass Rival's 2024 guard Cameron Monteiro, and Williston Northampton and NE6's wing Connor Jenkins.  All announcements are first made via the NERR social media platforms and later posted on the site.  This year's #E75 Frosh/Soph list was selected based on the players… READ MORE > 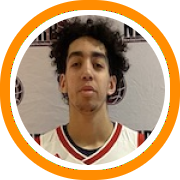 The Be Seen Tour continues to travel to the top programs in New England.  Most recently, we visited a NEPSAC AAA program that has come on strong in recent years with a deep collection of international talent, Hoosac School.  This year's team already has three players committed to division I schools in Veljko Ilic, Milos Ilic, and Novak Perovic along with available prospects for those levels in Aymeric Toussaint, Nikola Milojevic, and Zach Smith. Local product Sebastian Thomas runs the… READ MORE >