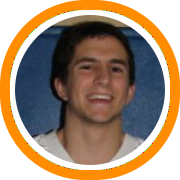 The duo of Scott Tavares and Tucker Esborn continued to dominate on Wednesday as they led their team, the Bulls, to the camp championship.  Tavares was named the camp’s Most Outstanding Player as he played some great basketball throughout the four day period.  Tavares has been an electrifying guard for a long time, but as we noted on Tuesday, it is his improved decision making and ability to run a team that is now allowing him to realize his full potential.

The Bulls earned a slim one point victory over the 76’ers in the championship game.  The 76’ers didn’t have a lot of big names on their roster although players like Ryan Spencer, Jay Jeannotte (6’2”, G/F, Narragansett HS, 2009), and Daelyon Cruz (6’4”, F, Windsor HS, 2010) really proved themselves this week.  Spencer in particular has seen his stock raise in the last four days as he has scored the ball consistently while also showing himself to be a tough competitor.

George Skelton (5’7”, PG, Cambridge Rindge & Latin, 2009) earned the award as the camp’s top defender.  Skelton was rattling opposing point guards all week long as he was able to apply ball pressure for the entire length of the floor.

While there were a variety of other players who impressed throughout the week, the NBA East All-Stars named the camp’s top 24 players.  Here they are: