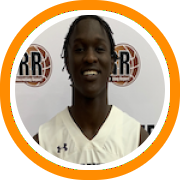 The Zero Gravity Hoopfest set a new standard when it comes to fall tournaments.

All high school divisions were packed with talent and ultimately championships were won by some of the most established programs in New England.

Middlesex Magic and Blue Wave Elite came away with the top prizes in the varsity division while Mass Attack and EVOelite took titles in their respective brackets as well.

Here’s a look at some of the top performers from throughout the weekend.

Alex Momo, ASA Rudy – A 6-foot-1 wing, Momo compensates for whatever he may lack in positional size by being a fearless competitor. He was, pound-for-pound, one of the best rebounders in the field and also a very productive scorer around the basket.

Njavan Stewart, Boston Bobcats Cary – He has the powerful body to physically dominate the competition more often than not, but Stewart also showed off an emerging perimeter skill-set this weekend that suggested his best basketball remains ahead of him.

Guy Ragland, CT Select – With a division I offer already to his name, Ragland continued to impress here with his combination of size and skill. He has a big frame, and continues to develop his understanding of how to use it inside, but also a very soft natural touch that already extends out to the three-point line.

Joey Merrill, Team Saints – A confident scorer and outstanding shooter, Merrill had one of the best individual games of the tournament when he poured in 34 points on Sunday morning showing the full assortment of his offensive repertoire with threes, pull-ups, and drives alike.

Jack Richard, Middlesex Magic Labros – Richard was another game who buried a bunch of shots this weekend, but where he really differentiates himself is with his motor. He plays extremely hard on both ends of the floor. He goes right into contact, takes charges on the defensive end, and finishes in the paint offensively.

Jadon Archer, RI Elite – Archer looks like a man on a mission this fall. He’s highly skilled with a pretty stroke and very smooth release off both the catch or the dribble. He made shots throughout the weekend and proved himself a true three-range scoring threat.

Mohamed Sanogo, NE Rivals Alves – He made more of an impression than any other unsigned senior in the field. Sanogo has an emerging big body that is long and just beginning to fill out. He’s a constant shot-blocking presence on the defensive end and has a much-improved offensive skill-set to match.

Dom Campbell, Blue Wave – Campbell’s break-out fall continued this weekend with another strong performance en route to a championship. His frame is strong with continuously evolving conditioning. He has good footwork inside, a great mid-range touch, and the potential to stretch opposing defenses to the arc.

Matt McCool, THWB – McCool was physically advanced at a young age but he’s really beginning to emerge athletically as well. He impacted the game on both ends of the floor. Offensively, he scored the ball in multiple ways, got to the rim, and showed great footwork. Defensively, he had a number of nice plays and blocks both on and off the ball.

Max Hall, ASA Smith – A smooth point guard who handles efficiently and makes the right pass at the right time, Hall is also a dangerous scorer who can slide off the ball and give his team a bucket whenever they need one. Additionally, he plays both ends with a high-motor and is a standout on the defensive end as well.

Matt Constant, Team Saints – He’s been well-known for his work-ethic and toughness since he was an underclassman, and deservedly so, but his game is equally impressive. Constant hit a ton of big shots throughout the weekend, looked quicker and stronger athletically, and had an effortlessly efficient type of floor-game.

Jake Bender, NE Rivals Wilner – There weren’t many, if any, guys who put up bigger or more consistent numbers than Bender this weekend as he averaged over 30 points per game while showing his combination of athleticism and shot-making from behind the three-point line.

Dylan Ahearn, Middlesex Magic – His versatility and basketball I.Q. were very impressive. His ability to play multiple positions allowed him to plug virtually any hole in his team’s line-up. He played bigger than his size in moments, moved the ball beautifully, and did all the little things to help his team advance.

Sam Kodi, THWB – His attacking style was very effective as he combined a quick first step with great explosiveness to get to the rim and then finished strong at the cup and with authority. He used his length well on the defensive end to guard the ball and disrupt passing lanes.

Obinna Uguwazki, Bobcats – He continued his domination this fall with another big performance at the HoopFest. Uguwazki had high-energy from start to finish and just bullies people with his strong body. He also has a good feel for the game though with a keen sense of both sides of the ball. He’s alert and engaged and always ahead of the play.

Liam Cunnie, Rise Above Carter – He’s been a bit under-the-radar until now competing in a small league, but has already been a standout for Cohasset, and started to make a name for himself beyond that here. Cunnie can really score the ball, is an aggressive defender, and has a well-rounded floor-game.

Drew Sachs, Middlesex Magic - Shot the ball great from deep and showed he has a midrange game to match. Deceptively athletic and a tough defender.

Clemente Baptiste, Prodigy – Baptiste put on a show on Saturday, delivering an offensive onslaught and proving himself to be an elite scorer of the basketball. He finished with close to 40 points in one game and just could not be contained as defenders had no answer for him.

TJ Power, BABC – One of the best sophomore prospects in New England, Power has a great inside-out game. His basketball I.Q. and vision for his size are both off the charts while he’s starting to fill out and grow into his body as well, allowing him to assert himself more physically.

Darrel Yepdo, Mass Rivals – Another young prospect who just continues to emerge, Yepdo is an aggressive driver who has his handle on a strong but is efficient with solid decisions while in attack mode and also capable of knocking down open shots with his jumper.

Marvin Musiime-Kamali, HBSA – He has continued to take both his body and his game to new level, now standing a legit 6-foot-5 and showing no signs of stopping just yet. He has range that extends out to the arc on his jumper, the ability to beat others off the bounce, a high-motor, and tremendous potential on the defensive end as well.

Ahmadou Ndiaye, THWB – This highly talented youngster is growing into his body and developing his game away from the basket. He can make strong power moves around the rim but also knock down mid-range jumpers and even an occasional three. He uses his length to change and block shots on the defensive end as well.

Carter Seburger, Adirondack Wild – A knockdown shooter with textbook form and a virtually pure release, Seburger was one of the first players to stand-out this weekend after knocking down seven three-pointers in a game on Saturday morning including the game winner.

Brady Coyne, MMBC – A budding big point guard with great vision and a long body, Coyne looks like he’s still far from a finished product. His game isn’t flashy but it’s efficient. He moves his feet well, makes the right passes at the right times, and comes from very good stock.

Jonathan Inozil, HBSA Reapers – Another Reaper who has been on the scene since he was in the 8th grade, Inozil is a true, 15-year-old, sophomore with a bright future. He has a great first-step to attack the rim but also a high IQ as he knows how to play both with and without the ball.

Alex Willings, Blue Wave – A big and strong young player, Willings stands out on both ends of the court. He goes through contact offensively, can defend the length of the floor, and create offense from his defense.

Edrick Quezada, Rivals – The freshman continues to play up on the varsity level and show a ton of untapped potential. He strong and athletic with a high-motor to play hard on both ends of the floor.

Holden Symonds, Middlesex Magic Crotty – This high-flying athlete showed a basketball I.Q. to match and a skill-set that has improved by leaps and bounds over the course of the last year as he played with both the u16 and u17 squads while helping to lead them to a championship.