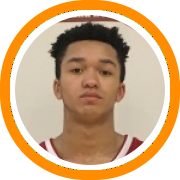 The prep school basketball season is already in full swing. This past weekend’s schedule included two events that featured some of the top players in New England alongside some of the top prospects in America.

Dozens of programs from New England, New York, Canada and London made their way to St Andrew’s in Barrington, Rhode Island for the Zero Gravity Prep Classic. Some of the top players from New England’s next five prospect classes battled one another and gave programs from outside the region a taste of what it’s like to play in the NEPSAC.

Here are some of the things that caught my attention:

Chol Marial is one of the world’s best basketball prospects. Depending on the media outlet, Marial is ranked anywhere between #6-#11 in the national Class of 2019. I’m extremely optimistic when it comes to basketball prospects and the future of basketball as a whole. I believe the game is being played better now, both athletically and intellectually, than ever before. But if there are ten better prospects in the class of 2019 than the 7’2” wunderkind from Cheshire Academy, then our game is headed to a whole different stratosphere in the near future. I hope there are ten such players! But I respectfully doubt it.

The difference between the Chol Marial that I watched this past weekend and the Chol Marial that I saw for the very first time on the same St Andrew’s court exactly one year ago is night and day. It’s the difference between a newborn jaguar cub, whose docile movements and cute little meows compare favorably to your average housecat, and a 2-year old jaguar who recently left the pack, has a healthy appetite and is prepared to make an example out of anything that dares to get in his way. Last year’s Chol was an intriguing prospect. This year’s Chol is a game-changer on both ends of the floor.

Something obviously clicked for Marial over the last few months. He’s decided that delivering physical contact is much better than receiving it. Marial actively ducks in, seals his man and moves violently once the ball is in his hands. Every time Marial grabs a rebound, uses his 7’9” wingspan to get into the passing lane for a steal or corrals the ball after a blocked shot, he either finds his point guard for an outlet pace then races up the floor or he personally pushes the ball up the floor if necessary.

Marial thrives in the up-tempo style and is even more dangerous when his team is playing at a breakneck pace. Cheshire averaged 96 points in their two wins this weekend and it highlighted Marial’s ability to get from foul line to foul line in roughly 8 strides. That type of style also serves a dual purpose for Marial and his Cheshire team as a whole.

First of all, it gives Cheshire more possessions. And more possessions means more easy buckets for Marial and his teammates, usually coming off lobs at the rim, offensive put-backs or wide open looks from the perimeter whenever the defense collapses into the paint. Since Marial is such a weapon as a rim protector, more possessions for their opponents only means more possessions that frustratingly end with blocked shots or contested 3’s. Cheshire has the luxury of allowing their guards to aggressively defend beyond the arc with Marial lurking in the paint.

Secondly, the pace will eventually wear Cheshire’s opponents down while guards Rich Kelly, Jairus Stevens and Nik Nehls get open looks at the rim or on the perimeter on the secondary break. Meanwhile, Marial gets rewarded with lobs at the rim or cleans up for his teammates by gathering long rebounds as a trailer whenever he’s not beating everyone up the court. A style that doesn’t seem conducive to the average 7’2” player’s skillset is almost perfect for Marial due to his unique physical abilities.

Like everything else Chol Marial has the potential to do, it all eventually equates to one big nightmare for any opposing coach.

Ben Eke is ready to be Master’s primary offensive weapon. It’s rare that a sophomore, reclassified or not, is prepared to take the reins of a AA program and lead them to success. Luckily, for head coach Tobias Ceasar and his program, Eke is a rare breed. Not only is the 6’2” sophomore an explosive athlete but he also has the ability to be the team’s point guard for extended stretches and the selfless mentality to make the correct plays that result in open looks for his teammates. Eke has put on some muscle to help him meet the demands of the NEPSAC schedule but still remains far from a finished product physically.

Defensively, Eke’s 6’5” wingspan and strong frame allows him to move smaller guards off their spots and gives him leverage against bigger guards without drawing senseless fouls. His first step is quick but it’s also a long stride, helping him to disrupt passing lanes on or create angles for himself on the offensive end. When combined with his improved range, mature approach and a season of NEPSAC experience already under his belt, it’s no surprise that Ceasar expects Eke to easily surpass the 350-point mark that he totaled last season.

Wabissa Bede is a force of nature and has another dynamic wingman in David Duke. I’m not breaking any news with those two statements but both Bede and Duke reinforced their positions so firmly this weekend, while leading Cushing to wins over South Kent and Brimmer & May, that they needed to be reiterated.

Duke played soccer at Cushing this fall. When I questioned his decision about a month ago, one of his hoops teammates spoke up and said, “Bro, he’s NASTY! Duke’s killin’ em out there,” as he pointed to Cushing’s soccer field under the lights. I couldn’t help but laugh at the thought of Duke running over, around and through overwhelmed prep soccer players across New England. The season on the pitch obviously didn’t have any ill effects on his hoop game.

Instead, Duke left defenders feeling ill all weekend. If he wasn’t running the wing and finishing above the rim off feeds from Bede, Duke was skying for rebounds and hitting shots from the perimeter. Duke’s shooting motion looks much smoother and his movements on the court are more natural than reactionary as they sometimes were in the past. Duke’s emergence gives Cushing another deadly duo to run their offense through.

Bede has become the type of point guard that elevates his teammates’ level of energy, confidence and production just by being on the court alongside them. Some players think they wanted to be The Man but collapse under the weight of expectations when they’re handed that responsibility. Then there are guys like Bede, who confidently embrace that role and genuinely believe that they’re going to lead their team to victory, regardless of who they’re playing against. Guys like Bede aren’t always fun to play with because they’ll hold you accountable for your mistakes and demand more out of you than you might demand from yourself.

At the end of the day, nothing is more fun than winning and Bede’s teams win a lot.

Bobby Planutis gives Bridgton a legitimate go-to threat. With his team down one and a little over 10 seconds left in the game, Planutis took the inbound pass, went coast to coast, got his first shot blocked, grabbed the loose ball, went back up and got fouled in the act of shooting. Planutis calmly stepped to the line and drilled both free throws to give his team a 78-77 win over Worcester Academy. That final play was a microcosm of Planutis’ season thus far.

Planutis is a uniquely skilled and athletic player but he has to fight and claw for every point he scores and rebound he grabs, as opposing defenses are now focused on shutting him down. Somehow, he’s resisted the urge to settle for jump-shots and has remained extremely efficient. Planutis’ teammates are also starting to take advantage when they see him draw a double team, namely 6’9” big man Sidy Sissoko.

Sissoko is still raw offensively but, if the improvements he’s made over the two weeks since the National Prep Showcase are any indication, the Mali-native may provide Bridgton with a post presence on both ends sooner rather than later. Sissoko was a lot more comfortable with the physicality in the post this weekend, grabbing rebounds at their high point, finished drop offs at the rim, and even showed a nice touch when facing up out to 15 feet.

Joe Sieger gives Bridgton another outside threat to pair with Planutis. Sieger, a 6’3” PG/Wing from Chicago, brings even more to the table off the court. He scored a perfect 36 on his ACT prior to arriving at Bridgton and will undoubtedly have some elite academic institutions to choose from when the time comes.

The PSA Cardinals sponsored their 1st prep school showcase at The Hill School in Pottstown, PA this past weekend. The event featured a handful of players from a star-studded PSA team that finished as runners-up on the Nike EYBL circuit this summer, including the Westtown duo of Mohamed Bamba (top-5 nationally in 2017) and Brandon Randolph (committed to Arizona) and St Luke’s Walter Whyte (Boston University).

Two programs from New England made the trip to Pottstown, PA to compete in the event as St Luke’s faced The Hun School and Putnam Science Academy squared off against The Phelps School.

Fittingly, Walter Whyte was the catalyst for St Luke’s in their win over Hun. As he’s done throughout his career, Whyte made the right play at the right time on both ends of the floor and gave the Pennsylvania crowd a glimpse of what Boston University fans are looking forward to watching for the next four years. Whyte finished with 18 points and 10 rebounds as St Luke’s hung on for the 54-52 victory.

Playing without a shot clock, both teams played at a deliberate pace throughout the 4th quarter but turnovers were the story when it was all said and one. Both Whyte and Harper wreaked havoc on the defensive end, forcing Hun into poor decisions that resulted in easy buckets. Harper, who recently reclassed to 2019, got into the lane at will against the Hun defense and found open teammates on the perimeter or slashing on the baseline.

In the event’s featured game, Putnam Science’s depth and star power was simply too much for The Phelps School to overcome. Hamidou Diallo led the way with 11 points, 8 rebounds, 6 assists, 2 blocks and 2 steals in one of the best individual performances of the day, leading Putnam to a 70-50 win. Diallo brought the crowd to their feet on several different occasions after Bamba warmed them up with some sensational highlights of his own during a 20-point Westtown win in the previous game.

Eric Ayala also scored 11 points for Putnam, while coaches from UConn and Villanova were in the stands keeping tabs on the 6’4” PG/Wing’s development.

It was fitting that the two New York City products stole the show on Sunday night. Diallo and Bamba have been friends long before either of them blew up on the national level. The two were also teammates on USA Basketball’s U18 team that brought home the gold in this summer’s FIBA tournament. The two will face off against one another this weekend at the National High School Hoops Fest at DeMatha Catholic in Maryland and for those two hours they’ll fight like hell to beat one another.

The coaching staffs from UConn and Kentucky can only hope that Bamba and Diallo decide that they would rather play with one another instead of against one another at the college level and commit to their program at some point in the next few months.