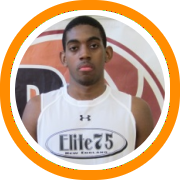 Just a few weeks after landing a commitment from Northfield Mount Hermon center Lucas Van Nes, Donnelly has solidified his frontline of the future with a commitment from Stefon Williams, a six-foot-seven forward from the Kent School.

Kent head coach Jason Coulombe said that Donnelly recruited Williams especially hard, even when those injuries caused some of his division I suitors to back off.

"I chose SCSU because the coaches made me feel wanted, which was one of the major things I was looking for in a school," he said.  "I wanted to be somewhere I was wanted and given the opportunity to play and make an impact right away."

Williams should have every opportunity to do just that in the NE-10.  A very athletic six-foot-seven forward, Williams began his career as primarily a run and jump type big man, but gradually extended his game to the perimeter where he has now become able to consistently able to knock down open three-pointers as well as mid-range pull-ups. Now, he heads to SCSU as a versatile player with the size, skill, and athleticism to attack defenses both inside and out.

Williams joins Van Nes and Lyman Hall big man Jack McCarthy, who will join the Owls as a recruited walk-on.

"SCSU is heading in the right direction, both in basketball and academically, which was very important not only to me but also to my mother," Williams said.

With their second notable recruiting class in as many years, that direction appears to be headed nowhere but upwards in the NE-10 Conference.