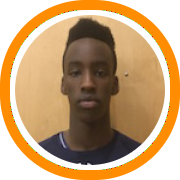 It's been long overdue but we're beginning the process of updating our New England rankings.

Up first is the class of 2018 where the states of Maine and Vermont have already been updated.

In Maine, a talented senior class in the local ranks has now been supplemented by this year's crop of incoming prep products. Bridgton Academy's Fardaws Aimaq and Gould Academy's Stephane Ingo sit in the top two spots followed closely by Portland High School's Terion Moss. Lee Academy has a top five big man of their own in Mamady Dikkine while Jacob Hermon rounds out the first five from Hermon High School.

In total there are 15 players currently included in Maine's 2018 rankings. Lee Academy has the most representation with five players while Bridgton Academy and Hermon both have two.

The state of Vermont continues to be characterized by a local population that has rarely proven itself beyond the borders of their home state and the presence of one prep program, that literally has more college basketball prospects than the rest of the state combined.

Simisola Shittu remains unchallenged for the top spot despite the fact that his prep career was unfortunately cut short by a mid-season injury. The Canadian native was nonetheless selected for the 2018 McDonald's All-American game. A collection of his teammates fill out the next spots with the likes of William & Mary bound guard Thornton Scott, unsigned forward Alec Spence, Manhattan bound big man Daniel Schreier, and unsigned guard Sebastijan Skoko.