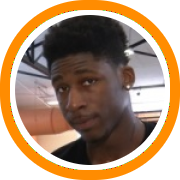 Summer Superlatives is a three-part series designed to recognize the often under-appreciated prospects in New England.

Throughout the month of July we constantly hear about those who scores points, create off the dribble, or make high level plays, and rightfully so since those are the players college coaches most often notice first as well.  But when it comes to winning games there are always players who are no less important than the leading scores, but often far less celebrated.  While these players can fill a variety of roles, our Summer Superlatives section will focus on three in particular.

The response via twitter was overwhelmingly in favor of Mass Rivals big man Goodluck Okonoboh in this category, and certainly there isn’t a better shot-blocker in New England, and perhaps even the country.  His mobility and agility at his size only make him that much more talented on that end of the floor as he’s capable of making quick rotations and hedging ball-screens on the perimeter.

Beyond Okonoboh though, there are plenty of other players who make huge contributions on the defensive end, often times in areas that can’t be recorded on a stat sheet and don’t get the due recognition.

Here are some of the top examples from the month of July:

Samuel Dingba, Westchester Hawks – He’s a tremendous shot-blocker in his own right, but what truly makes him special on this end of the floor is his motor.  He plays with ferocious passion, gravitates towards the ball like a magnet, cleans the glass, and has enough versatility to defend both bigger players on the block as well as smaller players on the perimeter.  Pound for pound, there might not be a more complete defender in New England.

Liam Bruno, Middlesex Magic – He’s not naturally blessed with long arms or explosive athleticism, and so he tends to fly under the radar, but Bruno was not only the Magic’s best perimeter defender but also one of their most consistent scoring threats off the dribble.  He’s strong and competitive with a low center of gravity and is able to both prevent dribble penetration as well as pressure the basketball.

Chaise Daniels, Connecticut Select – Put him together with Okonoboh and Dingba and you likely have New England’s top three shot-blockers in the 2014 class.  Daniels has long been known for his upside, but his break-out actually happened during the spring’s April evaluation period, as he proved himself as a talented shot-blocker and rim protector.  He solidified that status this summer, picking up a variety of new offers in the process.

Jahman Delancy, USAD – He’s rock solid, both in terms of the way his powerful frame is built as well as his total impact on the game.  While consistency is his trademark, he’s also capable of raising the level of his game, especially when it comes to the defensive end of the floor.  That ability was on full display late in the period at Live in the A.C. when he shut down more than one high level scorer with his lockdown ways.

Sammy Mojica, Mass Rivals – What distinguishes Mojica, even among other great defenders, is his incredible endurance.  This guy could seemingly play all day without breaking down, and he did literally that at times during the July evaluation period.  That type of durability takes more than just physical endurance, it takes conditioning and mental toughness.  Combine that with his quickness and athleticism to rebound above the rim and you have a great defender.

Anthony Pate, New England Playaz – He’s come quite a long way in the last year, transitioning from a guy who could score in bunches but was sometimes out of control, to a player that is balanced and efficient on both ends of the floor. Defensively, his length and quickness are major assets that are only further magnified by his quiet toughness and tenacity on that end of the floor.

Asante Sandiford, Boston Warriors – Sandiford’s defensive prowess first caught our attention earlier this spring during the Massachusetts AAU state tournament.  He’s long, quick, active, and just as effective on the ball as on the weak-side.  Warriors’ head coach Cory McCarthy credited him for matching-up with all the big names in Orlando, guards and bigs alike, while continuing to distinguish himself on that end of the floor.

Idris Taqqee, Expressions Elite – As the top perimeter defender on a team that advanced to the EYBL finals, Taqqee was tested and proven against some of the very best perimeter scorers the country has to offer.  Combine that with his offensive unselfishness and willingness to play a complimentary role, and you have a prospect who will have a much easier transition to the next level than many of his peers.