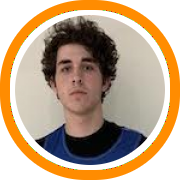 The D.C. Blue Devils just finished their 7th year in existence after being co-founded in 2013 by T.J. and Ilima Thompson.

T.J., who had played his college basketball at George Washington, was just wrapping up a ten-year professional career overseas with stops in France, Greece, Germany, Poland, Russia, and Spain.

“I always had a passion for coaching and once I started winding down [my playing career], I wanted to help kids try to reach their dreams of playing college basketball no matter the level.”

In the seven years since, they’ve developed a reputation for player development and produced the likes of Geo Baker, Caleb Green, Tshiefu Ngalukulondi, Nathan Knight, and Ronnie Silva among others.

Here’s a look back at some of their most notable storylines from the recent grassroots season:

What was your team’s biggest collective accomplishment of the summer?

“Making it to the Final Four of the HGSL championships. We took a couple of losses early and the guys were trying to find their way but they worked really hard, kept getting better, and I couldn’t be prouder as a coach or the director of the program.”

Who was the individual prospect who helped themselves the most this season?

Akot has official visits set-up at Fairfield and Towson and is also hearing from New Mexico and Weber State among others.

Kuany Teng, 6’3”, Bradford Christian, 2020 – “He was kind of like our swiss army knife. He did everything for us – guarded the other team’s best player, rebounded, pushed the ball. For lack of a better comparison, he was like our version of Draymond Green. He doesn’t do one thing great but he does a lot of things well.”

Joey Merrill, 6’3”, Bradford Christian, 2020 – “Joey started out on the second team but he got moved up for the summer and had a phenomenal summer. He’s getting interest from St. A’s, Southern New Hampshire, and Stonehill now so he turned himself into a possible scholarship level player.”

“Yansel Reyes, Muhamed Kante, and Sheer Akot all got valuable experience on a national circuit and they all did well. We also have a kid in Brady Cummins, who not many people know about, who did very well too. Those kids got to, not only travel and learn, but get great experience of how to play on the big stage.”