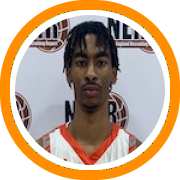 The 2021-22 season was one of growth and maturation for the Suffield Academy boys basketball team.

Coming off a 2020-21 season that was cancelled due to the pandemic, this year’s team was entirely new to NEPSAC play, and they took on all challengers and participated in a full assortment of showcase events to give their kids every opportunity to earn college exposure.

In the process, three senior guards proved themselves to be legitimate college players.
Finn Donelan was the unsung hero and natural leader of the group. He wasn’t necessarily going to put up gaudy individual statistics, but what he was going to do was prioritize the success of the team and do all the “little things” necessary to facilitate that. He is selfless, an excellent teammate, competitive, and productive on both ends of the floor.

In contrast, Henry White has a frame and game that are bound to jump out at college coaches. The long lefty has made good use of his two years at Suffield, both building up his body and expanding his game. He leaves as someone who is equally capable of taking opposing defenders off the dribble as he is knocking down tough jumpers, and is no less talented on the defensive end of the floor.

Alijah Lovelace is the point guard. He differentiates himself with his speed and quickness, enabling him to get a piece of the paint on demand and consequently be a playmaking threat for both himself and his teammates. He’s smooth and shifty with the ball and also capable of knocking down open shots himself.

Those three prospects all remain on the board and are equipped to help college programs next season.

The class of 2023 is led by Jaiden Johnson and Owen Moreira along with Mekhi Johnson, Henry Levin, and Jason Hall. Johnson will take the reigns in the backcourt next season and step into a leadership role on both ends of the floor where he can set the tone with his energy and competitiveness, defend for the length of the floor, or create with his shift playmaking ability.

Moreira is maybe the most recognizable name on the roster and someone who is capable of making high-level plays above the rim because of his combination of wing size, length, and athleticism. He’s in the process of expanding the consistency of his perimeter skill-set and learning to utilize those physical tools on the defensive end. In total, he’s a prospect that could be poised for a big spring and summer.

Darian Thompson may have been the youngest player on this year’s team, but also potentially the best long-term prospect. There were few more productive underclassmen anywhere in Class A and the best is likely still to come. The strong-bodied sophomore has the physical tools to change the game in the paint but he’s now able to stretch the floor to the arc and guard multiple positions on the defensive end. He’s also a leader in the making as he has shown a wealth of intangibles with consistent effort, humility, and coach-ability.

In total, this is a Suffield program that made great strides in their return to the court this season. They are a must-stop location for college coaches, both now with their unsigned seniors and in the future as they continue to build under head coach Matthew Fava.