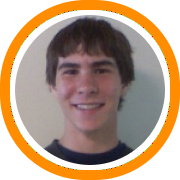 A group of the most talented rising 6th – 9th graders came together this weekend for the Stars of Tomorrow camp held at Mass Premier Courts in Foxboro.  Skill development was the name of the game as the players received instruction from a variety of division I coaches from the likes of Northeastern University, Sacred Heart University, and the University of Connecticut.

After a long day of intense work the players left with a wider knowledge of the game, a broadened skill set, and a better idea of the type of determination it takes to be a star at the next level.

Throughout the course of the day several players were able to shine.  Two players shared the Most Valuable Player trophy as rising freshmen Brandyn Benson from Career High School and Steven Bevilacqua from Rhode Island came away with the award.

Darryl Best Jr., a rising big man with a world of potential, and Zach Hurynowicz, one of the most well rounded players in camp, shared the Coaches’ award.  Meanwhile the Skills Award, which was given to the two players that showed the type of well rounded skill set that is necessary for achievement at the next level, went to Rhode Island natives Adrian Oliveira and Billy Soriano (who also won the 1 on 1 competition).

Finally the Stars of Tomorrow Award went to two young players who are still a few years from high school but appear to have both the talent and drive to have bright futures.  Adam Thiesen and Deonte Bruton were selected for that honor.

Younger players who were more than capable of holding their own against the older competition included Levy Gillespie, Shaquille Davis, Jaylen Blakely, and Kashan Davis.