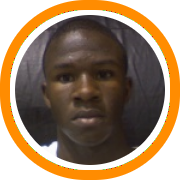 As the camp directors told the campers first thing Monday morning, “this is not your ordinary camp.  We’re going to get on you and we’re going to push you”.

Even potential high-major prospects like Carson Desrosiers, Evan Smotrycz, and Matt Brown weren’t immune to a tongue lashing when they made the occasional poor decision or lazy play.  But to their credit, the kids listened, and raised their game as a result.  Here are two quick stories as examples:

Story #1 – After taking an ill-advised three-pointer early in the action on Monday morning, Matt Brown was quickly chastised for failing to move without the ball and taking a low percentage shot.  On the following possession, Brown stayed in constant motion, moving his defender from one side of the floor to the other before eventually losing him for a split second.  With his feet now set, he launched a three-pointer with near perfect technique that swished through the net, just as his coach yelled “I told you”.  On the next possession, he did the exact same thing.  And as anyone who has seen Brown play knows, when he is knocking down his jumper he is virtually un-guardable thanks to his ability to get to the rim, take a hit, and finish.

Story #2 – After throwing a pass that got picked off for a transition lay-up going the other way, Evan Smotrycz failed to sprint back.  His longtime AAU coach Vin Pastore didn’t hold back when letting Smotrycz know that was unacceptable.  This was certainly a case of the coach lighting a fire in the player’s belly as Smotrycz immediately raised the level of his play.  While the super skilled forward was consistently impressive on the offensive end showing his prowess coming off screens and general versatility, he suddenly became an impact player on the defensive end of the floor as he began to rebound the ball emphatically and be much more active altering shots.

Desrosiers was another player who has clearly benefited from the quality of the coaching he has received.  He looked nothing like the player we saw in this gym a year ago, as he was not only knocking down open jumpers from the perimeter but also creating space for himself with jab fakes and making some beautiful passes from the high post.

Another guy who really stood out was Hanell Velez.  Right at the moment he has one scholarship offer from Southern New Hampshire University of the NE-10…and if no division I school figures out what they’re missing he would be a steal and a half at the division II level.  With great size for the perimeter, enough handle to create his own shot on demand, and a terrific mid-range touch his game is tailor made for the college level.

One of the players we were most excited about seeing today was Jordan Laguerre.  After putting on a show at Hoop Mountain’s Super Week II, the New Hampshire native had built himself quite a reputation this summer.  For the first twenty minutes of action on Monday morning we couldn’t help but wonder what all the hype was about...then Laguerre put on the show, literally and figuratively.  The first half of his demonstration combined superior quickness, a tight handle, and the ability to start and stop on a dime as Laguerre showed his ability to create his own shot.  The second half came in the camp’s unofficial dunk contest just prior to lunch; a contest that Laguerre clearly won with a 360 degree, one handed throw-down.

Jaymie Spears – Spears proved to us this summer that he could create his own shot on demand while knocking down shots with high degress of difficulty.  When you surround him with other talented players he shows off his high I.Q. and ability to distribute the ball.  The combination could be deadly as we’re talking about a point guard who knows how to run a team and is also a threat to score the ball at virtually anytime.

Egi Gjikondi – We told you yesterday when we released the 2011 rankings that his toughness and ability to run the floor make him special.  We saw today that the lefty center also has a unique ability to finish around the rim without breaking stride.

Zach Hurynowicz – It took him a little while to get adjusted to the speed of the game when playing with the rising seniors, but once he did he was very impressive.  He is a point guard with good size who has terrific court vision and an extremely high basketball I.Q.

Ryan Canty – Every team needs a player like Canty; a physical presence in the paint who isn’t afraid to throw his body around.  He finds ways to score around the rim and is a constant presence on the backboard.

Kevin Lentini – A very fundamentally sound swingman, Lentini likes to put the ball on the floor and can score in the mid-range area or create shots for his teammates by kicking out to the three-point line once he gets the defense to collapse.

Donald Celestin – A very bouncy rising sophomore, Celestin not only gets high above the rim, but he is also quick off his feet.  He finished a close second to Laguerre in the unofficial dunk contest, but also impressed during games with his ability to score the ball.

Pat Connaughton – No one put it better than Scott Hazelton himself when he said, “he just makes plays”.  He is strong and athletic, knows how to create space for himself on the offensive end, and is perhaps the best pound for pound rebounder in camp.

Joe Mussachia – The rising sophomore southpaw averaged double-digits starting on the varsity team at Manchester High School last year.  While he clearly knows how to score, he also showed he is a pretty good passer when he has some talent around him.

Peyour Guguai – Guguai will be a senior at Trinity High School in New Hampshire next year and he is bound to attract some attention from college recruits as he is very athletic, active on both ends of the floor, and a talented dribble drive player.

Eric Davis – The rising sophomore from Masco High School on the north shore of Massachusetts was one of the best shooters in the gym on Monday.  Not only was he knocking down three-ball after three-ball, but he also showed an old school floater inside the lane.

Ryan Hartung – He has yet to play his first game of high school yet, but Hartung should be an asset at Phillips Academy of Andover next year with his ability to make shots from the perimeter.

Jason Arias – The New Hampton guard had a very sound day as he took care of the ball, made good decisions, and knocked down open shots…just the things he will need to fight for minutes at the NEPSAC powerhouse.

Billy Bonnet – This rising freshman really caught our eye.  He may be undersized but his physique is already cut up, his handle polished, and his feel for the game very high.  Throw in a pretty clean looking stroke from the perimeter and he has a lot of tools.