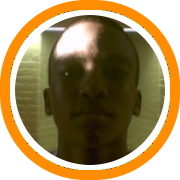 For two hours on Tuesday afternoon ten players went all out.  They were diving on the floor, locking down on the defensive end, and challenging one another the entire time.  When it was all said and done it was apparent that Worcester will be a team to be reckoned with this year.

By returning six players from last year’s squad, Head Coach Ed Reilly already had a solid foundation in place.  But with quality additions like Gabe Kindred, Gerald McLemore, Genesis Maciel, and Joe Muvana joining the mix Worcester has a great blend of talent on hand this year.

Kindred will likely inherit the point guard position left vacant by Quasim Pugh’s departure to St. Thomas More.  He shares many of the same qualities as his predecessor since he is extremely quick, has a terrific handle, and is at his best when attacking the defense.

McLemore is a player who was rumored to be en route to Brown University upon his arrival in Worcester.  Now that doesn’t seem so certain as McLemore’s play has been so impressive that he has intrigued a variety of coaches coming through the doors.  The long and athletic swingman will likely line up at the 3 spot this year for WA, although he is the prototypical 2 man at the next level.

Genesis Maciel is an extremely skilled post man who some coaches in attendance compared to a poor man’s Arvydas Sabonis (the old Portland Trailblazers center) because of his skills and outstanding feel for the game.  Muvana is another big man who is the perfect compliment to Maciel thanks to his athleticism, agility, and ability to get up and down the floor.

Carroll and Crenca are the frontrunners to land in the starting rotation as both juniors are coming off of very impressive summers.  Carroll continues to be a deadly outside shooting threat while Crenca’s ability to establish position and score with his back to the basket is second to none.

Martin is another player who played well during the summer season, and on Tuesday he showed his deep shooting range in addition to a heightened ability to see the floor and pass the basketball.  Lidonde is a super athletic guard who should compete for minutes as Kindred’s back-up.  He is vastly improved from a year ago and puts constant pressure on the defense as he is always in attack mode.  Weeks is a player who the big men on the team must love as he is very adept at feeding the post.  Dolphin, who was not in action on Tuesday due to injury, will provide depth in the frontcourt.

While Coach Reilly certainly has a talented roster at his disposal, this team’s greatest value is in their competitive spirit and the already evident sense of cohesiveness that exists among the players.  If the group can maintain the levels of hard work and unselfishness that were on display on Tuesday then Worcester Academy will be a team that no one looks forward to playing this year.