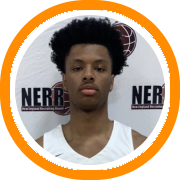 This year, we are going to begin with the local teams who will take part in the National Prep Showcase, held November next week at Albertus Magnus College in New Haven, Connecticut.

At Wilbraham and Monson Academy, head coach Mike Mannix and his club are still the defending Class AA champions (after winning in 2020 and having last year’s season cancelled) and they also have the best player in New England in Kyle Filipowski who is just one part of a senior core.

1. It begins with the twin towers

Twin brother Matt Filipowski, who committed to Harvard last week, may very well be the best true center in the league, and is no less important to the Titans’ chances of repeating. He not only has terrific size but also good hands, touch, passing ability, and can stretch the floor. Together, the Filipowskis are not only impossible to match-up with, but, presumably, highly motivated since this will be their last season playing side-by-side for the foreseeable future.

2. There’s a veteran perimeter duo too

While the Filipowskis are undoubtedly the main attraction of the team, their ultimate success will depend just as much on two veteran seniors on the perimeter, Deven Austin and Sean Seymour. Austin appears to be playing the best basketball of his career following a recent commitment to Princeton. He’s a late-blooming big guard who looks smooth and confident. Seymour is an ultra-reliable veteran who sets the example every day with his approach and is very impactful with both his shot-making ability and basketball I.Q.

3. They’re taking on all challengers

Coach Mannix knows this could be another special year for his program and he has scheduled accordingly. The Titans not only take on numerous opponents from the AAA level but they are playing in virtually every major event in the region including the National Prep Showcase, Spalding HoopHall Classic, and HoopHall Prep Showcase.

Filipowski and Austin both provide playmaking, but neither is a true point guard. So, the first question, is who will fill that role along their veteran core. The first candidate could be Jeremiah Dorsey, a transfer from the MacDuffie School. Dorsey has historically played with a scoring mindset, but is capable of running the team and distributing the ball given the amount of talent he has around him this year.

The two most impactful newcomers the day we were in the gym were Nikias Schoenerstedt, a 6-foot-8 post-graduate forward from Germany, and Jon Medley, a 6-foot-3 junior guard from New York. Schoenerstedt is a very versatile offensive talent and true mismatch problem with inside-out skill. Medley gives the team the type of power guard they don’t otherwise have in the backcourt with an attacking style, the frame to absorb contact, and the potential to be an impactful defender.

3. Do they have enough depth?

They have the best player in New England, a strong veteran core, and a few important additions, but this is not a roster that has the sheer volume of division I prospects as potentially others in AA. Ultimately, that’s not a necessity to win games though. It’s about everyone coming together, buying into their roles, and being reliable within them. In order to achieve that, Wilbraham and Monson will also rely on players like Luka Van Houte, a 6-foot-6 post-grad forward, along with a pair of incoming juniors in Simon Percy and Charlie Fantom while Korbin Dixon provides an intriguing long-term prospect in the sophomore class.