News & Notes From Around New England 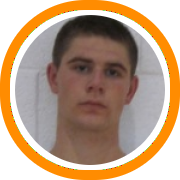 The class A state championship will be decided on Saturday, February 28th at the Augusta Civic Center as Thornton Academy faces off against Edward Little High School.  The class B final will be played a night earlier at Cumberland County CC as Camden Hills meets Cape Elizabeth.  Class C & D will both be held at Bangor Auditorium on Saturday the 28th.  Class D will be at 2:45 pm with Richmond against Woodland, while Class C will be at 8:45 with Dirigo vs. Calais.

Johnson’s Stock on the Rise

Tim Johnson is the latest piece of proof that all it takes is one big game at the right place and time make your recruiting take off.  The post-graduate swingman played one of his best games of the year in Lee Academy’s win over Stoneridge Prep at the National Prep School Invitational.  Since that time he has received scholarship offers from LaSalle, George Washington, TCU, San Francisco, Central Florida, Missouri State, Northern Iowa, Detroit, Toledo, Quinnipiac, UNC Greensboro, and Evansville, according to his father.

We got a look at Salisbury’s Jason Pancoe last week.  He’s not generating a whole lot of buzz because he was already committed to Army upon his arrival.  But this is a guy who can really play and is sure to have a great college career.  He has good size at the guard spot, a great shooting touch from behind the arc, and a lightning quick release.  The fact that he’s an adept passer makes him even more difficult to guard.  Pancoe has been one of the most consistent scorers in the WNE this year as he is one of the big reasons why Salisbury currently sits atop the league’s standings.  Here’s another interesting fact about the California resident – he won an AAU national championship in the 7th grade teaming with Brandon Jennings and Demar DeRozan.

Class A Picture Doesn’t Get Any Clearer

We’ve gotten word that class A will only be accepting 8 teams this year, which means that in all likelihood there will be two teams who finish with a .500 plus record who don’t get into the tournament.  A lot hinges on how New Hampton finishes the season as they currently sit at 14-15 after scoring a big win over Winchendon this weekend.  They have two games remaining, both on the road, at MCI and St. Thomas More.  If they win them both, you have to figure they’re in.  If not, that will leave potentially 2 spots (assuming South Kent, Brewster, Bridgton, Winchendon, Worcester, and Northfield Mount Hermon take the first 6 spots) between Exeter, MCI, and St. Thomas More.

Capitol Prep’s Andre Drummond was profiled recently for a feature on the scout network.  Connecticut, West Virginia, Georgetown, and Massachusetts were named as those in the closest pursuit, although you can certainly add Providence to that list as well.

South Kent, Brewster, New Hampton, and Winchendon gathered for a four team tournament this weekend.  South Kent claimed the title by defeating Brewster in overtime of the final game.  The victory could potentially set them up to be the top seed in the upcoming tournament.

In division I, Kyle Callanan and Mount Anthony Union will take on top seeded and undefeated Burlington High School (featuring Joe OShea, Clancy Rugg, James Hale, and Shane Norries) on Tuesday night at the University of Vermont’s Patrick Gym.  In the other semi-final Rice will once again be led by the inside out duo of Jon Goldberg and Nick Meunier as they battle Marc Comstock, Troy Davine, and Rutland in a battle of the second and third seeds.  In division II, #6 Montpelier will take on #2 Vergennes in one semi-final while #4 Springfield will face #1 Mill River in the other.  In division II, #4 BFA-Fairfax will see #1 Lake Region and #3 Hazen will face #2 Thetford.  In division IV, Proctor, Danville, Websterville, and Sharon have all advanced to the semi’s.

As was announced a few weeks back, Alex Oriakhi was selected to play in the Jordan Brand All-American game.  But what sets the Jordan Game apart from other all-star events, is that it actually has two different games.  The first is a game of the top players in the nation, in which Oriakhi was included.  The second is a collection of the top players from the greater New York area.  That roster features Omari Lawrence from South Kent School, Kevin Parrom from South Kent School, and Chris Gaston from New Hampton School.