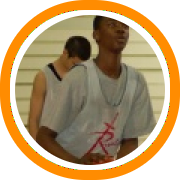 The Rivals 12u team dominated all weekend as they used their athleticism to defend and play transition basketball on their way to the championship.  In the finals, the Rivals bested the Granite State Raptors.  The Rivals were paced by up and comers Jordan Bell (Alton, NH) and Omar Kent (Manchester, NH).

In the 14u division, the Rivals captured the title with a win over the New Hampshire Titans.  The Rivals were led by Dimitri Floras (Merrimack, NH), Johnny Spears (Georgetown, MA), and Brandon Malloch (Merrimack, NH).

The 15u team was led by Freshman Mike Thorpe (Exeter, NH) and Javon Williams (Nashua North) who were joined by eight graders Noah Vonleh (Haverhill, MA) and Derek Collins (North Andover, MA) and other member of the 14u team that captured the Providence Jam Fest Championship two weeks ago.  It was Thorpe’s and William’s ability to get to the rim and knock down jump shots along with Vonleh’s dominance in the paint that catapulted the Rivals to their third Sate Championship of the day.