NERR Roundtable: Which 2019 Player Has Come on the Strongest 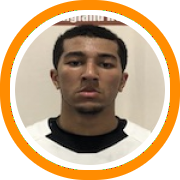 Our updated 2019 rankings are right around the corner as the NERR staff has been debating for the better part of the last ten days.

In preparation for that release, we asked Mike Yagmin, Luc Smith, Zack Sandberg and Adam Finkelstein a series of roundtable questions designed to provide readers with an inside-out at some of the subjects we consider as we update rankings.

The first question - which 2019 player has come on the strongest in the last 6 months?

MY: This is such a tough one for me. At least a handful of prospects have given me reasons to believe that their future skillsets could allow them to make major impacts at the highest level of college basketball. Brycen Goodine has the tools and mentality to become one of the most coveted guards in the nation before his prep career is over. Jaiden Delaire has the potential to become a well-rounded wing prospect that can change the game on either end. At 6’10” with a muscular frame, Charles Coleman already owns physical attributes that can’t be taught and an innate feel for the game that could help him develop into a truly elite big man prospect. But there’s only one player that has gone from relatively unknown to a genuine high major prospect over the last six months. At this time a year ago, Akok Akok was preparing to play his sophomore season at Manchester West (NH). There were a few hints during the spring and early summer that Akok could affect the game defensively as a rim protector. But if that was going to be his calling card at 6’7” he would’ve battled the foolish “undersized” label for the next three years, despite the fact that his 7’1” wingspan and 8’11” standing reach compares favorably with most “appropriately sized” big men. His offensive game was considered raw and in an opponent’s scouting report he would probably be an afterthought on a stacked Mass Rivals team. Then something seemed to click. Akok spent the late summer and this entire fall showing off a smooth jumper with range that extended out to the 3-point line and was looking much more comfortable with the ball in his hands. Combine those improvements with his uncanny sense of timing as a shot blocker and Akok is now exactly what college coaches are looking for in their big man: A rim protector who isn’t anchored in the paint offensively and can consistently hit the corner 3.

LS: In a very talented 2019 class, a number of prospects produced impressively this spring/summer. Jordan Mason put up ridiculous numbers from three, knocking them down from anywhere in the gym, and has become a much more efficient ball handler this fall while continuing to play up two age groups. In the coming years it would not surprise me if he became more of a combo guard. Akok Akok has continued to improve his game as well. He is an elite shot blocker who really impressed me this summer when he went head to head with Chol Marial and held his own. Not only was he blocking shots, he was stretching defenses out with his ability to knock down the 3 ball. His high motor and his improvements over the last six months signals he will only continue to get better. For me, however, the player who came on strongest in the last six months is Jaiden Delaire.  At 6’7” and a 7’0”wingspan, Delaire has confirmed himself as a top prospect in New England. Delaire shot 50% from 3 during the 15U UAA circuit for CBC this past spring/summer. He was equally impressive at the ZG Finals in June and other local events in May and July, playing up two age groups. Delaire displayed his ability to score from all three ranges and create his own shot. He currently projects even higher with his length, athleticism, shooting ability, motor, and handles. Mike Yagmin observed a month ago that Jaiden's cousin is a defensive end for the Carolina Panthers; so don't be surprised if Jaiden fills out in the coming years, allowing him to finish better through contact. Delaire further confirmed his talents at Elite 75 where he stood out as one of the top prospects in New England. His path from a virtual unknown to a top prospect in New England will only be a prelude to better things as this young man continues his hard work and dedication to the game.

ZS: Being away at college, I wasn’t able to make it back for the Elite 75, but I did make the trip to the Pangos East camp a few weeks ago where Ismael Massoud was incredible, not only making the crème of the crop game but then taking home MVP honors. While at this stage in his development, Massoud is best utilized as a wing, he has become more and more confident with the ball in his hands and will even spend some time at point guard during this prep season. This is due to his very high basketball IQ as well as his court vision. At 6’7” with a 6’11” wing span, he is able to guard multiple positions on the defensive end. Ismael initially stood out at the NERR Memorial Day Super 16 last spring and carried it over to the fall where he shined at the Elite 75 Frosh/Soph Edition, according to all reports. His most recent performance in New Jersey was just more of the same.

AF: This early in their careers, top prospects entering their sophomore year of high school should ALL be showing incremental growth on a consistent basis. Mike, Luc and Zack have all recognized guys who have made noteworthy strides atop the class. Another guy who has really impressed me in recent months, and at the Elite 75 in particular, is Rivaldo Soares. He has all the physical markers for future upside but has the foundation for a complimenting skill set as well. I also liked the chip on his shoulder. I thought Mike put it perfectly when he told him ‘don’t ever lose it, but make sure it doesn’t get the better of you too.’ When you are competitive with both physical tools and basketball skills, you’ve got a chance to be a player and so Soares is definitely a prospect who has come on strong.