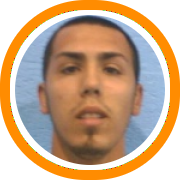 With some of the top prep schools and club teams from around the country on hand this weekend, here is a look at which players have shined during the first two days of action.

Class of 2008
Devin Ebanks – St. Thomas More (Oakdale, CT):  He scored 27 points and pulled down 13 rebounds to lead St. Thomas More to a 2-0 record on the weekend.  Actually he scored only 8 in limited minutes on Saturday against Tilton as Head Coach Jere Quinn was giving some of his unsigned players extra opportunities for exposure.  But the bottom line is every time he takes the court you can pencil him in for at least 25 and 10 as he has become New England’s most consistent star.

T.J. Robinson – St. Thomas More (Oakdale, CT):  With 19 points and 12 rebounds on Thursday and 10 points and 11 rebounds on Saturday, Robinson has improved his skill level and understanding of the game to go along with his unquestionable athleticism.

Eric Waterford – St. Thomas More (Oakdale, CT):  The California native saw significant minutes this weekend and he made the most of them.  He did a nice job running the point as he didn’t turn the ball over and got STM into their offense.  He also showed his patented three-point stroke along with an improved ability to get to the bucket.

Doran Mitchell – St. Thomas More (Oakdale, CT):  The Berlin High School (CT) graduate had another impressive weekend as he demonstrated his ability to score the basketball.  However, he showed an added dimension knocking down 9 three-pointers in two games.

Charles Abouo – Brewster Academy (Wolfeboro, NH):  Although the BYU commit finished with only 11 points, he was arguably Brewster’s most impressive player on Thursday night.  He was very efficient, rebounding the ball well and making open shots from the perimeter.

Mark Lyons – Brewster Academy (Wolfeboro, NH):  Cheeks was the lone bright spot for Brewster in their disappointing loss to Findlay Prep.  He showed his versatile offensive game as he used his quickness and athleticism to get to the rim and finish while also knocking down 6 three-pointers.

Terrence Jennings – Notre Dame Prep (Fitchburg, MA):  Although Notre Dame lost a tough battle to Patterson on Saturday, Jennings won his individual match-up with Memphis bound big man Matt Simpkins.  While Jennings is always a good rebounder and shot blocker it was his emerging ability to score the ball that made the difference in this case.

Sean Crawford – Notre Dame Prep (Fitchburg, MA):  He did a little bit of everything this weekend: his three-point shot was deep and accurate; his ability to get to the rim and finish with a high arching floater was impressive; he guarded the ball strong for the entire length of the floor; and he continues to be vocal and show leadership from the point guard position.

Gaby Belardo – Notre Dame Prep (Fitchburg, MA):  Although he saw only limited action on Friday, Thursday night he made the most of his opportunity, scoring 17 points on 6-7 shooting from the floor include 5-6 from behind the three-point line.

Isiah Wallace – Bridgton Academy (North Bridgton, ME):  The Springfield native may not look the part, but he is beginning to show why he may be a division I recruit.  Simply put he scores at least 15 points every time he takes the floor as he can do a little bit of everything.

Lucas Reiff – Maine Central Institute (Pittsfield, ME):  The Indiana native looked like a Hoosier on Thursday night when he scored 30 points on seven three-pointers.  Nonetheless, consistency is still a question mark after scoring only 3 a day later.

Van Dellenback – Maine Central Institute (Pittsfield, ME):  Dellenback picked up the pace on Friday, as he caught fire from behind the arc knocking down five of his own.  He finished with 17 points while also demonstrating good handle, floor vision, and passing ability.

Larry Anderson – Winchendon (Winchendon, MA):  Anderson continues to be one of the most consistent performers in the region.  He flat out brings it every night as his hard-work and intensity, along with a developing skill set, helps him to score and rebound with players much bigger than he is.

Anthony Raffa – Winchendon (Winchendon, MA):  Wow did Albany get a steal here.  Like Anderson, he is tough as nails and a versatile guard who can do a number of things well.  On Friday he ran the point and had a solid 13 points and 6 assists.

Class of 2009
Erik Murphy – St. Mark’s (Southborough, MA):  The Florida bound big man was sporting a new look (shaved head), but it was the same old game as he dominated inside and out, as his skills and knowledge of the game overwhelmed IMG.

Austin Carroll – Worcester Academy (Worcester, MA):  He is quickly developing a reputation as a big game player, as he seems to play his best when the lights are on the brightest, which only goes to show how competitive he is.  Although his numbers were modest (11 points and 6 assists) he took good care of the ball, fed the big men inside, and showed one of the prettiest outside jumpers in the area.

Class of 2010
Nate Lubick – St. Mark’s (Southborough, MA):  He was particularly impressive on Friday night as he did a little bit of everything.  He made some shots from the perimeter, scored in the paint, was tough on the glass, and made some nice passes as well.