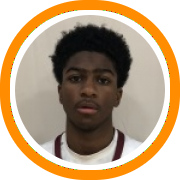 In recent weeks we’ve sifted through the classes of 2019 and 2020 to update rankings, recognize stock-risers, top prospects, and new names to know.

Now it’s time to shift our attention to the sophomore class of 2021.

As we’ve said countless times, ranking prospects is subjective to begin with, but when you’re ranking them this young, there’s even more margin for error.

One of the reasons why rankings, regardless of the source, are often so controversial is because not everybody is assessing the same thing. The most productive sophomore can be vastly different from the sophomore with the most long-term potential.

At NERR, our rankings are based on forecasting for the next level and so at this stage that means we’re more interested in potential than production, so long as that potential includes markers for future growth like work-ethic, humility, and attitude.

Given that criteria, and the fact that sophomore rankings were only released a couple of months ago, this mid-season report will not include a brand-new set of rankings, but instead a couple of minor tweaks to account for players that have jumped out in the last few months.

While the top long-term prospects are unchanged since November, they’re worth mentioning again. Terrence Clarke remains at the top of the list and it isn’t especially close yet as the Brewster Academy product is one of the truly elite in the national class of 2021. There’s a plethora of others who have a chance to play there way into very high-level prospects in the coming years though. Milton Academy’s Casey Simmons is a jumbo-wing in the making loaded with long-term potential. Suffield Academy big man Micawber Etienne is similarly just beginning to scratch the surface of his potential. Brook’s Tyler Whitney-Sidney and Cushing’s Bensley Joseph are two guards who can dominate games right now while Loomis’ Nate Santos, Cushing’s Alexis Reyes, and Deerfield’s Bennett Pitcher are some of the other more intriguing names to know.

Avon Old Farms guard Kyle Cuffe made an impression in the fall, showing his athleticism at the Elite 75 Frosh/Soph, but what he’s done during the regular season has blown away all expectations. Cuffe has taken on a starring role for AOF and proven himself to be not just a high-level athlete but also a dynamic playmaker. He wasn’t initially ranked coming into the season, but that has now been rectified as he’s on the verge of top ten status.

Two other sophomore guards who have proven their worth in recent months are Brimmer & May’s Kyrell Luc and Cheshire Academy’s Ethan Okwuosa. Luc may be undersized but he’s quick, athletic, and just has a natural instinct for playing in attack mode as he navigates traffic and plays with feel when making plays. Okwuosa is a big guard who has a very intriguing physical profile, has benefitted from being able to play through his mistakes, and made clear strides in recent months in root to picking up his first division I offer earlier this month.