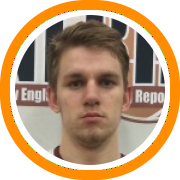 The McDonald's All-American Game announced their 2016 nominees on Tuesday and players from five New England states were represented on the list.

Nominees can be made by any coach or state association. The New England Recruiting Report is in no way associated with the selection process.

The release of the nominees was met by a predictable amount of surprise and criticism within the region as the likes of Omari Spellman, Wenyen Gabriel and Bruce Brown were all left off the list, presumably because fifth year players are not eligible for the McDonald's All-American Game, yet 7 of the 15 nominees from the region were, in fact, 5th year products. Additionally, Connecticut was the only of New England's six states to have players nominated from within their local state association.

The 39th annual McDonald's All-American Game will take place at the United Center in Chicago on March 30th and will include just 24 players from across the country.