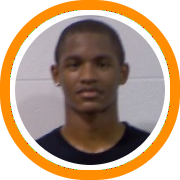 The NBA Player’s Association Top 100 Camp kicked off Tuesday at the University of Virginia.  The camp, now in its 12th year, was designed to assist the top 100 players in the country in the development of their individual and life skills, on and off the court.  Campers receive instruction not only in NBA moves and training techniques, but are also educated in daily seminars on issues including recruiting, peer pressure, SAT preparation, nutrition, NCAA rules, goal setting, and stress management.

The camp’s coaching staff is always among the nation’s best as it includes current and former NBA stars as well as some of the top high school coaches from around the country.

The NBPA camp kicks off what should be a very busy two months for New England’s brightest stars.  Murphy, Lubick, and Morris just recently returned from Adidas Nations, while Carroll was leading their New England Playaz squad to run to the quarterfinals at the Rumble in the Bronx.  However, it was Baskin and the New York Gauchos who ended up taking home the crown this weekend.

The BABC trio (Oriakhi, Coombs, and Pressey) had the weekend off although they will be very busy in July attending the Lebron James Skills Academy, and then participating in the Nike Peach Jam Tournament in Georgia, the AAU Super Showcase in Orlando, and then the AAU Junior Nationals in Orlando.  Meanwhile the Playaz will begin July at the Adidas It Takes Five Tournament before staying in the Northeast for the Joe Brown Memorial Tournament and the Super 16 Showcase.  They will finish the month at the Adidas Super 64 Tournament in Las Vegas and then the Best of the Summer Tournament in Los Angeles.