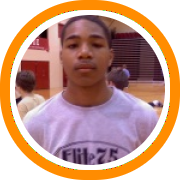 With many of the Northeast’s best young players competing in the New England Junior Elite 75 Showcase at Boston University, the players were split up into 4 equal teams.  Here are the players that shined on the gray team:

Jacob Coleman
4’10, guard, 6th grader, Londonberry Middle School, Londonberry, NH
Jacob Coleman proves the saying that sometimes big things come in small packages.  He is only 4’10 but possesses a deadly pin-point accurate perimeter shot both short and long range, and a fantastic basketball IQ making good decisions when he has the ball.

Max Coleman
5’4, guard, 8th grader, Londonberry Middle School, Londonberry, NH
Max has a beautiful shooting stroke with the potential to be a knock down shot maker at the next level as he continues to work on freeing himself for open looks.  He also offers a solid dribble on the offensive end.

Ryan Foley
5’5, guard, 7th grader, St. Jude School, Monroe, CT
Foley is a solid young guard that possesses outstanding quickness and knows how to find the open spaces on the court to get open.  His coach credited him with being one of the most coachable kids on his team and it paid off with all-star honors.

Sean Fontes
5’9, guard, 7th grader, Cathedral Grammar School, Randolph, MA
Sean’s speed and explosiveness allows him to be a hassle to guard for opposing defenders 1 on 1. He also moves very well without the ball using great acceleration to get an open look at the rim and has a potentially dangerous southpaw jumper.

Shane Farley
6’1, guard, 8th grader, Marshall Simunds Middle School, Burlington, MA
Shane throughout the day played tremendous perimeter defense and played very unselfish on the offensive end.  He showed a natural ability to read the passer to cause deflections and create steals.  His coach called him “the most coachable kid you’ll find, a team player, and hard worker.”

Matthew Fischetti
6’2, small forward, 8th grader, Groton Country Day, Groton, MA
Matthew is a long and lengthy forward that does a good job running the floor.  He plays strong at both ends of the glass battling for rebounds along with showing the ability to both score and defend down low.

Levy Gillespie
6’0, point guard, 8th grader, Capital Prep, Meriden, CT
A super talented point guard who keeps the ball on a string with his handle and is a great shooter and passer, Gillespie has the potential to develop into an elite player at the next level with his size for the backcourt, evolving athleticism, and knack for making plays.

Zachary Goldman
6’1, forward, 8th grader, Watkinson, West Hartford, CT
Zach Goldman consistently plays very hard and has an admirable defensive focus.  He always stayed with his defender, crashed the boards, and hustled to quickly get back on defense and for every loose ball.  His willingness to do the dirty work earned him all-star honors.

Ray Harris
Guard, 8th grader, Carmen Arace Middle School, Bloomfield, CT
Harris is a very athletic player that has his speed and quickness harnessed as a great weapon. Offensively he can slash through driving lanes and past defenders, and defensively is a pest defending his man and the ball on the perimeter.

Corey Daugherty
5’2, guard, 7th grader, Barrington Middle School, Barrington, RI
Daugherty played strong on the offensive end bringing good energy and was unpredictable when driving the ball.  He established a presence as a long range shooter and displayed abilities to drive with either hand.

Thomas Jackson
5’3, guard, 6th grader, Classical Magnet School, Bloomfield, CT
A skilled point man and ball handler, Jackson did a nice job at using screens to get into space for a jump shot if it was there.  If it was not there, he showed that he could thread the needle when passing the ball inside.

Blair Howard
5’5, guard, 7th grader, Noah Webster, Bloomfield, CT
Howard is a great young guard that can fly down the court with his amazing speed and finishes very well. He also has a very good outside jump shot if defenders can somehow stop him from driving to the hoop.

Christian LaRoche
5’7, guard/forward, 8th grader, Gardner Middle School, Gardner, MA
Christian was an energetic player on the court that made smart decisions when he had the ball and showed great craftiness at getting open through cutting to the basket and using ball screens.

Christopher Lowry
5’9, point guard, 8th grader, The Rectory School, Union, CT
Lowry is a very smart ball player defensively always calling defensive matchups, along with a very good ability to dribble the ball on the offensive end. He can also heat up shooting on the perimeter if given the chance.

MJ Kehoe
5’11, forward, 7th grader, Polson Middle School, Madison, CT
MJ impacts the game in a multitude of ways and fills up a stat sheet.  He’s an impressive athlete with deceptive quickness running the floor, scores the ball on the block or with his dribble penetration, and is a very good rebounder on both ends.

Patrick Kehoe
5’11, forward/guard, 7th grader, Polson Middle School, Madison, CT
As versatile a player as there was in the field, Kehoe was capable of playing any of the five positions on the floor.  The lefty has great footwork on the post, a terrific feel for the game, a good shooting stroke from the perimeter, and size/vision to see over the defense and facilitate for his teammates, and the size to bang on the glass.

Mario Graham
4’11, point guard, 7th grader, Fitch Middle School, Groton, CT
Even though he is only 4’11, Graham is a very smart, clever, and fearless point guard.  He showed great experience and floor awareness with passing the ball.  His speed allowed him to blow past defenders, and go straight to hoop against shot blockers much larger than himself with confidence and poise.

Aaron Johnson
5’2, guard, 6th grader, Milton Academy, Milton, MA
Aaron Johnson displayed a skilled ability to not only shoot the ball from long range, but to also keep the offense moving and make good passing decisions.  Defensively he had quick hands and feet and was proficient at attacking the ball all night long.

Andrew Jacob
5’4, guard, 8th grader, Catholic Memorial, Needham, MA
A solid guard, Andrew Jacob has all the qualities that coaches look at intently when scouting which are quickness, good ball-handling, and an accurate jump shot from the perimeter.  Most importantly, he is an unselfish team player who makes plays for those around him with his passing ability.

Sherron Harris
5’3, guard, 6th grader, Rogers Middle School, Rogers, MA
A very quick guard, Harris excelled on the defensive end as a scrappy and fearless defender playing very hard especially in transition and hustling for the ball.  Offensively, he continued to use his quick wheels to his advantage, consistently getting himself into the paint.

AJ Maestas
5’9, guard, 8th grader, Orr Junior High School, Marion, MA
AJ runs the floor very well and can use a quick burst of acceleration to drive through a lane and dish the ball to his teammates.  Defensively, he had excellent foot work and was diligent getting low into his defensive stance.

Matthew Martel
5’9, forward, 8th grader, St. Raphael’s School, Medfield, MA
A good wingman, Martel does a very good job running floor and will immediately crash the boards when a shot is launched.  He is also strong with the basketball not allowing the defender to knock the ball out of his hands.

Rayoni Matos
6’0, guard/forward, 8th grader, Prospect Hill Academy, Somerville, MA
Matos displayed skill at using his great ball dribble to drive down the lane and finish the hoop.  He also showed a great leaping ability for a put-back on a few misses.  At the other end he showed that he can also play solid defense.

Kahari Beaufort (pictured)
6’1, forward, 8th grader, East Hartford Middle School, East Hartford, CT
A pure athletic basketball talent, his size and strength is often too much for his peers to counter but he is also a smart and lengthy player that runs the floor very well and is deadly when driving to the hoop or pulling up for a mid-range jumper.

Andrew Lechner
8th Grader, Hempstead Middle School, East Hempstead, NH
The New Hampshire native is a hard-working and efficient player on both ends of the floor.  He best scoring often comes int he mid-range area but he has additional value in all of the "little things" he brings to his team that don't show up in the stat sheet.