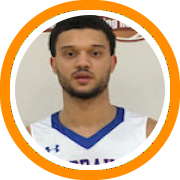 Yesterday NERR profiled the top five upperclassmen performances (from local New England prospects) at the HoopHall Classic. Today, here are the five underclassmen that impressed me the most:

Taelon Martin ’19- Putnam Tech.: We’re used to seeing him on the perimeter during the grassroots season, but being one of Putnam’s tallest guys he’s forced to play inside more than we’re used to. He has definitely embraced this role and learned how to excel at it, for himself and his team. He didn’t have a super flashy game full of big shots and crossovers, but managed to score a game high 27 points in a new variety of ways. He used his height to his advantage to make some strong moves in the post and get other put-backs, all of which is only going to add to the overall versatility of his game.

Eric Ayala ’18- Putnam Science: With the loss of Hamidou Diallo, many people thought that PSA may be out of sorts, and looked to Ayala to steady the ship. He didn’t disappoint as he seemed to embrace the leadership role, keeping his team’s spirts up and being tough on both ends of the floor. He scored a cool 20 points in typical Ayala form, by making hard drives to the hoop, while adding in 5 assists & 6 rebounds.

Dana Tate ’18- MacDuffie: Tate dominated MacDuffie’s game on Sunday, having himself a double-double (27 points & 11 rebounds). It’s almost scary to see such a big guy be so versatile. He stands at 6’7” and did not shy away from the challenge of a bigger defender in the post, but shot confidently when he found himself open on the perimeter and also knew when to make the extra pass.

Idan Tretout ’19 & Chris Childs ’18- Wilbraham & Monson: These two complement each other on the court so well, recognizing each other’s habits and roles, you would think that they’ve been playing together for years. The two combined for 36 points collectively. Tretout can shoot the lights out and has the ball handling skills to go with it. While Childs is a hard-nosed true point guard, he showed his ball-handling and speed are formidable weapons as well. He was also super vocal on the court, a subtle but important attribute for a point guard.

John Adams ’20- Wilbraham & Monson: Adam’s doesn’t play like your typical freshman. He stands at 6’6” currently but definitely has the potential to put on a couple more inches. He established himself in the post early on, making a handful of strong post moves and showing great footwork and quick hands in the process. He was up against much bigger defenders, but held his own scoring 16 points and grabbing 7 rebounds.