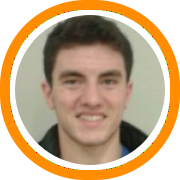 A continuation of our coverage of the Hoop Mountain New England Fall Classic features the top juniors who made themselves standout because of their play this past Friday. Several stars played predictably well, but there was a striking amount of “undiscovered” talent in the 2014 ranks:

Mabor Gabriel, Trinity(NH)- Gabriel was one of the best, if the not very best, college prospect in attendance. He has a great combination of quickness and athleticism, while playing with surprising grace for a player who is long and 6’7. At Hoop Mountain he looked comfortable with the ball in his hands on the wing, where he was a fearless attacker, or receiving the ball on the low block, where he used his length to knock down baby hooks and short corner jumpers.

Edson Dascy, St. Andrew’s(RI) – Dascy stood out not just because of the skill and athleticism that he has for a 6’4 wing, but because of the intensity that he played with. He doesn’t fear contact and plays with a physicality that is mentally and physically exhausting for players who try to stop him. With his hard-nosed mindset, he could make himself into one of the surprise prospect of the upcoming season.

Jesse Bunting, Plymouth North(MA)- Bunting was one of the most pleasant surprises at Hoop Mountain. A 6’6 forward who runs well and is very athletic, he showed that he can score all over the floor and rebound in high volume. He had several situations where he caught the ball in the high post, made a move, and overwhelmed his defender with his aggressiveness on his way to the rim.

Colin Richey, Choate(CT)- Richey showed why he is one of the better known point guard prospects in New England. He has continued to add upper body strength and some bounce in his jump, making himself a much more capable one-on-one scorer off the dribble. Defensively he showed a slight improvement, while on the other side of the ball he did a nice job of distributing to teammates.

Malique McLaren, Winchendon(MA)-  Like Richey, McLaren is a true point guard who makes a living off of distributing the ball. His jumpshot is still a work in progress, though we should add it improved greatly over the summer. As he continues to get stronger, he’ll be able to be quite the one-on-one scorer.

Quentin Bullen, St. John’s Prep(MA)- Shooter who has shown that he can also add a dimension to his game by scoring off the dribble. Bullen is a standout because of his impressive scoring ability, and as he continues to learn how to score within an offense, he’ll make himself into a fine college prospect.

Pavin Parrish, Rochester(VT) – One of the biggest stock risers of the event, Parrish is a playmaking point guard with a super-quick first step and the relentlessness that it takes for undersized guards to finish around the rim. He never showed any hint of shying away from contact, and that no-fear mentality will help him improve his game.

Matt Prokop, Rivers (MA)- A nice inside-out scoring prospect at 6’4. Prokop doesn’t necessarily have any traits as a player that one would consider great, but his variety of talent is far more widespread than the average player. He can rebound, defend, score, and pass--all in a manner that is highly efficient.

Liam Bruno, Newton North (MA)- There isn’t a lot of fear in this kid, which is a nice characteristic for a 6’3 wing player to have. Similar to Prokop, Bruno doesn’t necessarily have a niche, but he can be relied on to produce in the scoring column regardless of where he plays on the floor. He’ll be a focal point for yet another talented Newton North squad this upcoming year.

Colin Parks, East Hampton (CT)-  Big men with athleticism are always difficult to find, so Parks’ name should certainly be one to keep a close eye on. Getting up and down the floor so well really helps his productivity—he pulled down several offensive rebounds and did a nice job of always hustling back on defense.

Mike McDevitt, Greely (ME)- Strong big man who is still a very raw prospect. Also an impressive student, he become much more highly recruited as he continues to work on his low post footwork-an inevitability for any 6’7 high school player. In addition, he was a very reliable rebounder all night for his team.

Connor Brown, St. Peter-Marian(MA)- Like Bunting, Brown was a relative unknown going into the event, but he had several big games that warrant attention. He knocked down several long treys, stayed in the paint on defense to help his team rebound, and showed a little versatility with his scoring off the dribble.

Malcolm Smith, Winchendon(MA)- Smith really made a name for himself this summer at Super Week I, and he continued his steady rise at the Fall Classic. He’s an athletic guard who thrives with the ball in his hands, especially in the open floor where he can get to the rim and either score or create for one of his teammates.

Nick Pasquale, Shrewsbury(MA)- A legit 6’8 forward who was one of the best rebounders at the event, Pasquale initially stood out because of his nose for the ball. He got several tips and offensive rebounds, and because of his relentless attack on the glass, his teammates greatly benefited via second and third opportunity shots. His offensive game needs work, but he has the assertiveness that it takes to be a go-to scorer in the paint.

Richard Santos, Whitinsville Christian(MA)- Working out has certainly helped Santos, especially in his ability to get to the rim and score. He had several acrobatic finishes and some impressive no-look passes, but his standout quality as a point guard is his floor leadership.

CJ Burke, Thayer (MA)- Burke has the potential to be a go-to scorer because of his combination of grit and flash. He embraces contact but doesn’t let it falter his path, Burke found creative ways to score on several different occasions.

*A prospect from the Class of 2015 who impressed was Roxbury Latin's Rohan Shukla.  After missing last week's Elite 75 with an ankle injury, the sophomore scored the ball consistently throughout the evening, knocking down shots from beyond the arc and getting buckets in transition.  By adding significant strength and athleticism over the summer, Shukla has really improved the versatility of his game.