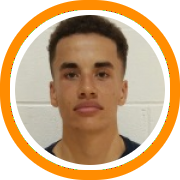 Vermont Academy post-graduate swingman Corey Johnson was one of the most popular players in New England this fall, attracting a host of coaches to Saxtons River, many of which even come through for 6am workouts.

After being courted by literally dozens of division I programs, Johnson took official visits to Butler and Harvard in recent weeks, before finalizing his decision on Monday night with a verbal commitment to Harvard head coach Tommy Amaker.

His commitment is a major score for the Crimson, as he becomes the fourth player to commit in the 2015 class while filling their one missing niche as a shot-maker on the wing.

The six-foot-five swingman is originally from Ottawa, Ontario and previously starred at and graduated from West Carelton Secondary School prior to arriving at Vermont.

He’s the latest in a relatively long line of Canadians to commit to Harvard, following in the footsteps of former NMH guard Laurent Rivard and current freshman Chris Egi.

While Johnson has a couple of inches and longer arms than Rivard, he’s an otherwise similar player with a pure shooting stroke and high basketball I.Q. who will be able to play a comparable role within Harvard’s system.

Johnson is coming off a long and highly productive summer that began with a spot on Team Canada’s 18-and-under national team which competed in the FIBA America’s tournament in July. A product of the Northern Kings AAU program, Johnson played throughout the July evaluation period, before being selected to represent Canada at both Adidas Nations and the Nike Global Challenge in August.

It was at the Global Challenge that Johnson played particularly well, averaging 14 points and 6 rebounds per game while shooting 38% from behind the three-point line.

Below are highlights of Johnson from this summer: