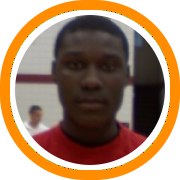 The top 200 players in New England’s class of 2009 have now been ranked, along with 50 in Connecticut and Massachusetts, 40 in New Hampshire, 30 in Maine, and 15 in Rhode Island and Vermont.

And once again sitting atop the list is Alex Oriakhi, Erik Murphy, and Jamal Coombs-McDaniel.

The debate has raged on for the last four years about where these players should fall in the pecking order, and there are a number of valid arguments.  But what is more important than how these three may compare against each other, is their collective influence on New England basketball.

The class of 2009 is one of the best New England has seen in many years, maybe even ever, and it all begins with Oriakhi, Murphy, and Coombs-McDaniel.

1.  When was the last time New England had three home-grown talents consistently ranked in the top 40 players in the country?

2.  The class of 2009 is far from top heavy with Oriakhi, Murphy, and Coombs-McDaniel being joined by handfuls of other local products (Jordan Williams, Mike Marra, Austin Carroll, Thomas Knight, Kyle Casey, and Tevin Baskin) that have seen recruitment from high-major conferences.

3.  Beyond the high-major level talent in the region there is also unprecedented numbers of other division I and division II scholarship level players/prospects.

4.  That’s not even taking into account the prep schools, which year in and year out bring some of the nation’s top talent into our region.  This year such players included Thomas Robinson, Kevin Parrom, Andrew Fitzgerald, and Omari Lawrence to name a few.

So while today’s rankings will no doubt spark a new set of arguments, one thing we think everyone should be able to agree upon is the tremendous influence and collective talent the class of 2009 has been able to offer to New England.