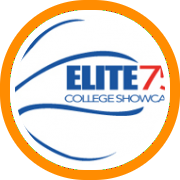 Registered players will check-in beginning at 5pm and the event will kick-off at 6pm.

The Elite 75 is already making noise among college coaches. The event's coaching staff will be comprised of college coaches from throughout New England and New York but feedback has been off the charts in recent weeks as we've continued to announce the field over social media and so we've heard from college coaches as far away as Pennsylvania, New Jersey, and Delaware who are all planning on making the trip.

Be sure to keep up-to-date with all the action by following @NERRhoops on twitter as well as our team of @LucWSmith, @ZackSandberg, and @Sully_ZG.