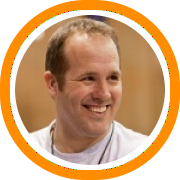 It is the end of an era at Cushing Academy as longtime head coach Barry Connors confirmed on Wednesday that he is leaving the school at the end of the academic year and moving south to Florida with his family.

One of the true good guys in all of high school or prep school basketball, Connors' legacy includes a pair of NEPSAC championships in 2013 and 2014. He's also coached some of the top players to come through the New England region in the last decade including the likes of Phil Pressey, Andrew Chrabascz, Kaleb Joseph and Jalen Adams among others.

Perhaps Connors' greatest tribute is that the program he built is poised to live on even after his departure. Not only does Cushing have one of the top returning young rosters in New England with the likes of Makai Ashton-Langford, Kimani Lawrence and Jarrod Simmons, but on Wednesday Wabissa Bede and Greg Kuakumensah both announced they would be joining the team next year as well.

Bede was one of the top players in the MIAA this year at North Andover and will reclassify to 2017 upon enrolling at Cushing while Kuakumensah will remain in the 2017 class after transferring from Worcester Academy.