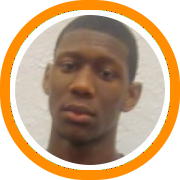 Two of Boston’s finest basketball programs, Charlestown and New Mission, went up against each other in the Beantown Slam at the Dorchester House on Friday. It was interesting to see a match-up of two of the top MIAA teams so early in the year.

Charlestown started off the game with a 10-0 run.   Tyrese Hoxter and Omar Orriols were attacking the rim and getting to the line from the beginning. Their team defense overwhelmed New Mission at first. New Mission had to call a timeout with 13:37 remaining in the first half. The game was played fairly evenly after the timeout, but Charlestown still led 26-10 going into halftime.

To start off the second half, New Mission went on a 9-4 run. Their high point was a Nate Anderson and-one, but Charlestown responded after a timeout with a jumper by Iser Barnes, an and-one by Orriols, and a dunk by Hoxter, which ultimately shifted the game’s momentum in Charlestown’s favor.

The most important thing to realize when seeing these results is that this was simply a fall league game. There were many different things to consider such as the fact that Charlestown was missing Rony Fernandez and that coaches were not allowed to coach their own team.

There were a few things, however, that could be taken from this game. Here are some observations:

Tyrese Hoxter (Charlestown) – Hoxter led the way for the Townies with 16 points. He stepped in as the point guard for Fernandez and did a formidable job. He got the ball to his teammates, while still doing what he does best: slashing to the hoop. What makes Hoxter such a special slasher is his ability to stay in the air while others come back to the ground. His jumping ability is top-notch.

Omar Orriols (Charlestown) – Orriols also had 16 points. He knocked down 2 three-pointers and showed some nice inside moves. Orriols appears to be stronger than last season, which will help with his consistency.

Iser Barnes (Charlestown) – Not necessarily the tallest guy on the court or the most athletic, but Barnes displayed something that many worry this Charlestown team didn’t have: leadership. If a teammate got down after missing a shot, Barnes would tell them to snap out of it. If there was a loose ball on the ground, Barnes would be the first one diving for it. He knocked down some crucial shots in this game and appears to be one of the key players for Charlestown this year.

Taris Wilson (Charlestown) – Wilson had a quiet game, but he showed promise at some moments. One example would be when he nearly finished a shocking alley-oop that would have made the building explode. He has the leaping ability, but Wilson needs to get a better feel for the game if he wants to take his game to the next level.

Nate Anderson (New Mission) – Anderson showed a great deal of improvement from last year. It appears that he has transitioned from being a post player to a point-forward. Anderson could be poised for a breakout season.

Isshiah Coleman (New Mission) – Coleman did not have his best showing, but he did manage to finish a few difficult lay-ups in the paint.

Leroy Hamilton (New Mission) – Hamilton is a smooth, slashing wing that can get to the rim with ease.

Greg Bridges (New Mission) –   Bridges did not have his best showing either, but there’s no getting around the fact that this kid has a bright future. He simply does not play like a freshman. He is completely fearless. Once he gets used to the varsity level and begins playing smarter, Bridges could be a serious contributor for New Mission this year.