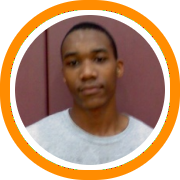 The Connecticut Basketball Club opened their doors on Sunday morning and although they didn’t put on a traditional “showcase”, they became the latest AAU program to invite coaches as well as the New England Recruiting Report in to watch their teams workout.

The seventeen-and-under team is obviously the flagship of the CBC program, featuring the likes of Andre Drummond and numerous other future division I players.

But on Sunday the emphasis was on the younger teams as the senior team was isolated from the rest of the group in preparation for their trip to the Bob Gibbons' Tournament of Champions next weekend.

Windsor High School’s Ken Smith and NBA veteran Kevin Ollie led the coaching staff for the day as they put the youngsters through a series of transition drills and position based skill instruction before letting them play 5 on 5.

Here is a look at some of the up and coming talent the program has to offer:

Kris Dunn, New London High School, 2012: The only sophomore other than Drummond to play up with the u17 team on a full time basis, Dunn has already started to make quite a name for himself this spring and only further convinced us of his potential during Sunday’s run.

Bernard Brantley, Stratford High School, 2013: The star of the u15 team is a fast and athletic guard who attacks the rim and finishes with body control and dexterity.  Beyond his physical tools, what is most impressive about Brantley is that he plays the game the right way, going hard and sharing the ball.

Mike Mallory, Holy Cross High School, 2012: Mallory splits time between the u16 and u17 teams and stands out when competing against kids in his own age bracket.  He is a virtual one man fast break thanks to his speed with the basketball and also showed a bouncy mid-range game.

Egerton Anderson, Windsor High School, 2012:  An athletic swingman who is a consistent shooting threat from behind the arc, Anderson has both the physical tools and the basketball skill set to develop into an intriguing prospect.

Henry Pendergast, Kent School, 2012: Pendergast is a sturdily built guard with a well rounded skill set.  He shoots the ball consistently with range, handles well within the offense, and also made a couple of very nice passes.

Malcolm Simmons, New London High School, 2012:  Simmons hasn’t yet finished growing into his body, but he has the strong frame necessary to eventually intrigue college coaches, not to mention an evolving inside-out skill set.

Austin Woods, Foran High School, 2013: The man in the middle for the u15 team, Woods has plenty of tools with good size and length, a nice touch inside the lane, and the ability to knock down the mid-range jumper.

Jeff Racy, Ridgefield High School, 2013: A knock-down shooter with a quick release, Racy is a well schooled young player who is only going to get better and better as his frame starts to fill out.

Tim Butala, Fairfield Prep High School, 2013:  We first spotted this frosh in the fall and continue to think he has good potential with inside-out skills and a frame that appears likely to continue stretching.

Dominic Migliaro, Masuk High School, 2013: The tough, hard-nosed guard impressed at the Elite 75 Frosh/Soph in September and has continued to develop his game, earning a spot on our prospect list.

Kurt Steidl, Ridgefield High School, 2013: He doesn’t have the physicality to compete against older kids right now, but with good size, long arms, and a soft shooting touch the future is definitely bright.

Jacob Clark, Christian Heritage, 2013: Clark was as efficient of a freshman as we saw all day, playing strong with the ball, making good decisions, and proving capable of attacking or spotting up.