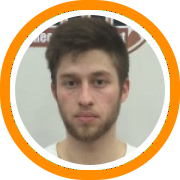 The first day of pool play in the Adidas Gauntlet started Friday night in Dallas for the New England Playaz and Mass Rivals. Coaches from all over the Country came to the Duncanville Fieldhouse to watch. Here’s a recap of both games:

In front of coaching staffs from Syracuse, Notre Dame, Oklahoma, West Virginia, Oregon, Davidson, and UMass, the New England Playaz were able to top Team Fast Elite, a squad based out of Oregon. The big matchup of the day was between AJ Brodeur and ESPN top 60 recruit and Gonzaga commit Zach Collins. Brodeur was a man out there, out muscling and out playing Collins the entire game. Brodeur finished with 19 points, 6 rebounds, and 2 blocks. His new teammate at Northfield Mount Hermon, Kellan Grady, wasn’t the deep threat he usually is, but capitalized inside the 3-point line. He finished two big baseline floaters late in the second half and knocked down some clutch free throws down the stretch. Stuffing the stat box, Grady finished with 18 points, 6 steals, 5 rebounds, and 4 assists. Tremont Waters was a rock for the Playaz, playing the entire game. He finished the night off with 15 points and 5 assists.

The Mass Rivals game became a blow out quickly after the opening whistle. The Rivals went on an early 9-0 lead as they dominated Canada based team Brookwood Elite. The scoring was balanced with Saul Phiri and Makai Ashton-Langford with 8 points apiece. David Watkins off the bench led the team with 9 on 3-4 shooting from 3. With a few highlight dunks from Chris Baldwin, and the play of backcourt duo Makai Ashton-Langford (5 assists) and Wabissa Bede who were very composed and had handfuls of open driving lanes and kicks to shooters, the Rivals were too much for Brookwood. In spite of the lopsided score, college coaches from National Runner up Wisconsin, as well as Michigan, Maryland, Auburn, and Colorado all stayed for the majority of the game, even after the Rivals extended their lead to 30 in the second half.

Saturday was the end of pool play with the New Engalnd Playaz and Mass Rivals winning both games and sweeping pool play, putting them in great position for bracket play Sunday. Here is a recap of those games:

In the first game the New England Playaz faced off against Southeast Elite from Alabama. Coaches watching included: Bruce Pearl (Auburn), Ben Howland (Mississippi State), Kevin Stallings (Vanderbilt), Travis Ford (Oklahoma State) as well as coaching staff from Wisconsin, Notre Dame, Davidson, Michigan, Providence, Kansas State and others. The backcourt duo of Tremont Waters and Kellan Grady were spectacular. Tremont Waters’ full court passing skills to teammates on the fast break are extraordinary, as is his ability and dish. He finished with six assists and 12 points. Grady was also terrifically productive again with drives and demonstrated his shooting ability. AJ Brodeur was once again a man among boys, scoring 10 point to go with 5 rebounds.

In the second game John Belien (Michigan), Jamie Dixon (Pittsburgh), and Mark Gottfied (NC State) watched as the Playaz went on a 21-0 run to start the game and never looked back. Paced by Tremont Waters with 11 points, 7 assists, and 4 rebounds. Ian Sistare who consistently steps up to do whatever the Playaz need, had 12 points and 8 rebounds while Jerome Desrosiers came off the bench to chip in 10 points, attacking the rim hard.

Coaching staffs from Umass, Boston College, Providence, Memphis, Maryland, West Virginia and Michigan were present to watch a team effort from the Rivals. They were led by Wilbraham and Monson product, Wenyen Gabriel who threw down 2 big dunks on the fast break. Gabriel finished with 13 points and 7 rebounds. Wabisse Bede continued his impressive performance with 13 points while backcourt mate Makai Ashton-Langford was a stat stuffer, finishing with 6 points, 5 assists, and 6 rebounds. Chris Baldwin was also impressive. He appeared to be in the best shape of his life and worked extremely hard on both ends, with some important monster blocks and extra effort plays.

Gabriel and Phiri come up big versus Jarrett Allen and Texas P.R.O. 70-65

At what was arguably the game of the day, coaches from all over the country were in attendance. Among them were Shaka Smart (Texas), Bob Huggins (West Virginia), Jamie Dixon (Pittsburgh), Steve Fisher (San Diego State), as well as staff from Duke, Kentucky, Wisconsin, Boston College, and Mississippi State and other schools. Many were showing interest in one of the best big men in the country, Jarrett Allen. The Rivals were able to spoil the day for Texas P.R.O., who had no answer for Wenyen Gabriel who was spectacular finishing with 21 points on 8-12 shooting, while grabbing 7 rebounds. Saul Phiri closed out the game for the Rivals. Down 1, Phiri hit two threes from the left corner to put the Rivals up 5 after which the Rivals never looked back. Phiri ended up with 15 points on 4-6 shooting from 3. Guard play was huge again for the Rivals with Wabisse Bede finishing with 9 points and 7 assists. Makai Ashton-Langford contributed 8 points and 4 assists.