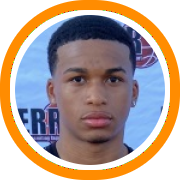 In 2016, we began to approach freshmen rankings in a new way, as we published a top 25 list, but presented them in alphabetical order rather than ranking them 1-25.

There were several motivating factors behind that decision. First and foremost, the growing culture of entitlement around youth basketball has led to an unprecedented amount of youngsters being celebrated instead of pushed or guided. As a result, too many youngsters with a real opportunity to use basketball as a vehicle to make a better life for themselves are wasting their chance. Rankings certainly aren’t the root of the disease, but it can be a contributing factor, and so it was in everyone’s best interest to not further perpetuate a negative trend.

What young players need to recognize is that whether it is a spot on this list, early recruitment or hype, none of it is a final destination. Being on this list now will very literally mean nothing next year. In fact, there was a big difference between last year’s 25 names to know and our recently released sophomore class rankings. The bottom line, as always, is perspective. If you’re not on this list, it may just be because we haven’t seen you yet, but go out and use it to motivate you nonetheless. If you are on the list, realize that you still haven’t earned or proven a thing yet, but from this point on people will be watching and so if you’re not developing or doing it the right way, it will be noticed.

Finally, our rankings are based on projections to play at the next level, which is often vastly different from current productivity in a high school or grassroots setting, and almost impossible to determine for freshmen who may only be 14 or 15 years old. Nevertheless, as early as it may be, some freshmen have already started to differentiate themselves.

Beaver Country Day’s Shy Odom took part in last month’s USA Basketball Junior National Team Mini-Camp along with 88 other top prospects from around the country. Even among the nation’s best Odom was powerful, versatile, and able to raise the level of his game when the lights went on. Now, he’s already physically mature so he’ll need to keep adding to his game as his peers close the gap physically, but right now there isn’t another freshman in New England who can match him.

Hayden Abdullah, EO Smith – He’s 6-foot-6 and not trying to be anything other than a big man, but he’s a budding modern-day big man who is working as much on his skill set facing the basket as he is on the block. As he continues to mature physically, begins to build up his body, and grow more assertive he’ll continue to ascend.

Deven Austin, Wilbraham & Monson – Far and away the youngest player on this list, Austin hasn’t yet begun to grow into his body or fill into his frame, but it’s undoubtedly coming and once his body catches up with his game, we’re going to have a player on our hands. He’s skilled, good with the ball, and a budding shot-maker.

Keyonte Beals, Rectory – He’s had starring performances at both the prestigious CP3 Camp in North Carolina as well as the Elite 75 Frosh/Soph. He’s powerful, aggressive, physical, and thrives on contact on both ends of the floor. He’s farther along physically than many of his peers at this point, so the progression of his perimeter skill set is the next step in his development.

Dasonte Bowen, Worcester Academy – Bowen is a budding big point guard with floor vision and instinctive feel for the game. He also has lots of maturity, both in his floor game and his approach, as he plays the right way and doesn’t seem to get caught up in many of the distractions or individual accolades that can plague young players today.

Cleto Chol, Pingree – A 14-year-old freshmen who has made only occasional stops on the fall circuit while starring on the gridiron in recent months, Chol’s talent and long-term potential is nonetheless undeniable. He needs to develop his jump shot but he’s naturally mobile and agile with a great frame and a lot of game going to, and finishing around, the rim.

Desmond Claude, St. Thomas More – The reclassed freshman is already a big guard at 6-foot-3 but he may still be growing and also has a lot of traits and instincts that suggest he could be on his way to becoming a big lead guard. He plays an attacking style with the ball in his hands, is an advanced finisher for his age, and has a solid foundation of skill to keep developing.

Matt Curtis, Northwest Catholic – Curtis had a big reputation coming out of the middle school ranks and has backed it up in the first two months of his freshman season as he’s proven himself to be an advanced shot-maker and scorer for his age with already good size. He too is a little bit of an early bloomer physically, so maximizing his quickness, developing his playmaking skills, and evolving defensively will be keys down the road.

Ethan Daleba, City of the Hill – He’s still on the raw side, but he has physical tools and a high motor that can’t be taught. Daleba is an athletic wing with an attacking style game. He thrives in transition, makes hard straight-line drives, can physically overpower most of his peers, and is also a competitive and physically aggressive defender.

Jonathan Guerrier, Lexington Christian Academy – He’s been a well-known prospect since before he even reached the 9th grade and for well known reason as he has a powerful body, good length, and playmaking ability. He can be dominant for stretches already but needs to keep developing both his consistency and perimeter skill set to take his game to the next level.

Tony Felder, Malden Catholic – A well-rounded athlete, Felder may lack ideal size at the moment but he’s tough, creative and confident with the ball. He can score at all levels, make plays for himself and others, and has terrific instinctive poise for the point guard position as he’s very difficult to speed up or fluster.

Kyle Hicks, Fessendon – An athletic lead guard with size and explosiveness alike, Hicks’ physical tools are immediately noticeable but what is perhaps more subtle is the pace he is able to operate at while being most effective. He simply has a gear beyond most others and can score the ball in various ways, and with both hands, from the mid-range in.

Avery Hinnant, Sacred Heart – Hinnant looks like the latest in a long line of talented prospects to come through the Sacred Heart program in recent years. He’s long, strong, aggressive, able to assert himself at virtually any given time, and already very impactful with plenty of physical upside left to discover. If he keeps growing or stretches his game to the perimeter consistently, he’ll take the next step.

Amari Howell, Braintree – What he may lack in sheer size at this point he compensates for with competitiveness, quickness, leadership, and a host of other winning intangibles. While undersized point guards translate to the next level much less often than other prototypes, Howell looks like he’ll have a very good chance to be the exception to the rule if he maintains the same approach and continues to develop.

Marrion Jackson, Hillhouse – His productivity and effectiveness around the rim is undeniable but right now it comes by virtue of being immovable and bigger/stronger than everyone else. His upside moving forward will come from improving his conditioning to maximize his mobility but still utilize his broad shoulders and soft hands to score and rebound inside.

Alex Karaban, Algonquin – His size and skill made him an easy find, even at the middle school level, but what is perhaps most encouraging about his long-term prospectus is that, unlike many celebrated young prospects, Karaban is a worker according to all reports and someone who enjoys being in the gym and has already made notable strides in his game.

Owen Moreira, St. John’s – One half of a very talented freshmen tandem at St. John’s, Moreira is a big wing with a mature floor game. He stood out at the Elite 75 by making the type of plays that translate to the next level as he demonstrated a high IQ and good natural feel for the game to complement his length and solid skill set.

Marvin Musiime-Kamali, Thayer – The 6-foot-3 forward made a name for himself at the Elite 75. He was very active, especially on the glass, and able to get his hands on a lot of balls on both ends of the floor. His best offense comes mid-range and in right now so unless there’s a growth spurt in his future he’ll need to extend his offensive game and skill set in the coming years.

Ahamdou Ndiaye, St. Joseph Prep – He’s an intriguing frontcourt prospect with good size, a frame that looks like it might not be done stretching out, and plenty of raw tools to develop in the coming years. He goes hard to the glass and fits the prototype of the modern big man in that he has good mobility and the hands/touch to put the ball on the floor and develop a face-up game.

Jarrell Okorougo, Brimmer & May – A long and athletic repeat freshman, Okorougo has clear tools and long-term upside on the wing, or maybe even as a big guard down the road. He was injured earlier this fall, so didn’t get to play at the Elite 75, but already has an all-tournament selection at last spring’s Super 16 Showcase to his credit.

Max Poulton, Rivers – He set the Elite 75 Frosh/Soph on fire from behind the arc, showing his shot-making prowess from downtown. He also has good size on the wing and a high I.Q. for a young player as he comes off screens away from the ball, already looks to read the defense, and has a maturity about the way in which he approaches the game.

TJ Power, St. John’s – He was arguably the biggest breakout performer in the class of 2022 at the Elite 75 Frosh/Soph in September as he showed a combination of size and skill that made him immediately productive with obvious future upside. He’s another one who might still be growing but is already versatile, smart, unselfish, and pretty instinctive in a number of areas.

Chris Rey, Beaver Country Day – Part of a loaded BCD freshmen class, Rey fits a coveted mold as he appears to be a stretch-four in the making with good size, a nice shooting stroke, and an ability to already stretch the floor. He hasn’t filled all the way out yet, which can limit him through contact right now but isn’t necessary a bad thing long-term.

Jean Marc Togodgue, Indian Mountain – The younger brother of former Salisbury star and current Vermont forward Samuel Dingba, Togodgue has similar physical tools with already broad shoulders and a chiseled frame, along with the trademark family high motor, but is a little more perimeter oriented and a budding big wing assuming he has a couple more inches left in him.

Chandler Wilson, MacDuffie – A budding combo-guard who has the benefit of learning behind the likes of two high-major seniors at MacDuffie, Wilson is a young player with a bright future as he owns a solid skill set, hard-working approach, and unselfish floor game.