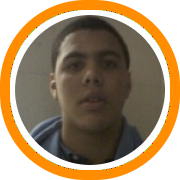 Before we begin comparing where each of the national media outlets has players ranked, it is first important to clarify how they do their rankings.  Scout, Rivals, and ESPN all list players by their year of graduation (the same as the New England Recruiting Report does), meaning everyone set to finish their high school or prep school careers in the spring of 2009 is compared against each other.  Scout and ESPN list their top 100 prospects while Rivals expands the list to 150.  Hoop Scoop is unique in that they differentiate between players who have had the advantage of a fifth year of school vs. players who are four year seniors.  They rank 100 four year seniors and only 10 fifth year players.

Alex Oriakhi was ranked in the top 25 nationally and as New England’s best by Scout (#14), Rivals (#21), and ESPN (#20).  Hoop Scoop lists him 5th in the country on their list of fifth year players, which is also tops among New England.

Jordan Williams and Givon Crump also cracked a few of the lists.  Williams is in at 99 for Scout and 102 for Rivals, while Crump was 142 for Rivals.

Some incoming NESAC products are also among the nation’s best.  Thomas Robinson (Brewster Academy), Andrew Fitzgerald (Brewster Academy), and Kevin Parrom were unanimous top 100 selections while Omari Lawrence (South Kent) and Johnie Lacy (Notre Dame Prep) made the cut on some but not all lists.

Stay tuned tomorrow as the New England Recruiting Report will update our own rankings in the class of 2009.