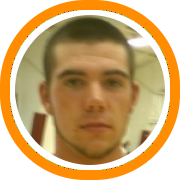 While the class of 2008 has some good depth, 2009 and 2010 have the star power with the likes of Candon Rusin and Joe O’Shea respectively.  Both players are skilled shooting guards who appear well on there way to earning scholarships.

In the class of 2008 the race is almost too close to call.  We went with D.J. Campbell in the top spot.  While there may be players who will have bigger seasons this year, we believe that Campbell provides a total package, on and off the court, which will be most attractive to college coaches.  Ben Brooks comes in at number two and may very well be the most talented player in the state.  Andre Shaw, Rusmir Dzanko, and Ryan Boyle round out the top five.

While Rusin is clearly the class of 2009, Clancy Rugg and and Jon Goldberg are two others players who have a lot to offer college coaches.  Rugg is still very raw but shows a good deal of potential thanks to his combination of size and talent.  While Goldberg plays the point guard position, he also has great size at 6’4”, which is one of many things that makes him an intriguing prospect.  Nick Meunier and Jason Gray round out our choices for the top five.

Joe O’Shea takes over the top spot in 2010 although Kyle Callanan remains close on his heels.  Callanan is a pure point guard who was very impressive with the Albany City Rocks AAU program this past summer.

Jake Donnelly has been the only player in 2011 to set himself apart from the competition thus far.

Stay tuned tomorrow as we announce our New England rankings.