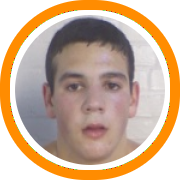 How a team qualifies for the NEPSAC Class A Tournament is one of the great mysteries of New England basketball!

Obviously we’re being light, but what can be said with absolute certainty is that there are certainly more questions than answers about the process that determines post-season play.

What’s clear is that in order to be eligible for the tournament a team must have a .500 or better overall record.  What’s not clear is if a .500 record guarantees you a spot in the post-season.

According to the rules, the top 8 teams with .500 or better records qualify for the tournament.  But there is a precedent by which more than 8 teams can qualify if they all have the necessary winning percentage and NEPSAC’s Executive Board approves the play-in game(s).

Consequently, the first unanswered question is, in the event that there are more than 8 teams with a .500 winning percentage (note:  all 10 teams have that at the moment), how many teams will make the tournament.

The second unanswered question is, if only 8 teams make it, how is it decided who the 8 teams are.  The short answer is that there are 3 class A coaches who make up the selection committee.  But much like the selection committee for the NCAA tournament, they don’t use any type of exact formula that can be figured out ahead of time, although we can assume that factors including a team’s conference record and strength of schedule will of course be considered.

With all of that in mind, here is a look at the NEPSAC class A standings.  The standings are ordered based on each school’s conference record, while their overall record (remember that’s the important one to qualify for the tournament) is listed next.

Brewster Academy, 7-3 Conference Record, 18-7 Overall Record
Wins: South Kent, Exeter, MCI, Worcester, NMH, Winchendon, New Hampton
Losses:  MCI, Worcester, New Hampton
They have been playing as good as anyone as of late, but it appears they may have to go through the stretch run without Thomas Robinson who is out indefinitely after breaking a bone in his hand.  Guard play will be crucial as Andrew Fitzgerald will no doubt get it done in the middle for the defending champions.

Bridgton Academy, 6-3 Conference Record, 19-8 Overall Record
Wins:  New Hampton (2), MCI (2), Winchendon, STM
Losses:  New Hampton, South Kent (2)
Whit Lesure’s clubs have claimed 3 of the last 4 class A NEPSAC titles and they’re once again one of the top contenders.  They’re as athletic and disciplined as anyone in the conference and are very hard to beat when Malik Stith is at his best.

Winchendon School, 7-4 Conference Record, 18-9 Overall Record
Wins:  MCI (2), New Hampton (2), South Kent, STM, Worcester
Losses:  Bridgton, South Kent, Brewster, St. Thomas More
Winchendon was arguably playing better than anyone before the injury bug hit.  Now they face the challenge of getting more out of less.  But this roster fits head coach Mike Byrnes to a tee with tremendously tough and gritty kids (Luis Leao, Preye Preboye, Akeem Williams, etc…), and so it would be no surprise to see them back in the championship game.

Phillips Exeter Academy, 2-2 Conference Record, 11-4 Overall Record
Wins:  Worcester, New Hampton
Losses:  Brewster, Worcester
They play the fewest number of inter-conference games, but they’re still the team that no one wants to see in the post-season as their Princeton offense and shot making from the perimeter is enough to knock anyone off on any given night.  Josh Bartelstein has also shown a flair for the dramatic as he has stepped up in virtually every big game they’ve played this year.

New Hampton School, 6-8 Conference Record, 13-13 Overall Record
Wins:  Brewster, MCI, STM, NMH, Worcester, Bridgton
Losses:  Brewster, Bridgton (2), Winchendon (2), Worcester, Exeter, NMH
They sit at 13-13 with five challenging games remaining.  Consequently they may have the hardest time finishing above .500, which goes to show how flawed the system is since New Hampton is clearly among the top 8 teams.  Chris Gaston has been tremendous and Evan Smotrycz is showing signs of stardom.

Worcester Academy, 4-6 Conference Record, 13-7 Overall Record
Wins:  Brewster, New Hampton, NMH, Exeter
Losses:  Brewster, New Hampton, Exeter, South Kent, STM, Winchendon
They have been as up and down as anyone this year, but have a solid enough record in and out of conference to feel pretty comfortable about their chances for the post-season.  They’re at their best when they let the guards lead the way as Austin Carroll has shown he can go for 30 any night he gets enough looks at the basket.

Northfield Mount Hermon, 2-4 Conference Red, 18-7 Overall Record
Wins:  New Hampton, St. Thomas More
Losses:  Brewster, New Hampton, South Kent, Worcester
They started the season on a tear but have since cooled down dramatically.  Everyone one their team can, and will, shoot the three-pointer and so they can shoot their way in and out of any game on their schedule.  Juniors Laurent Rivard and Hector Harold have been the team’s most consistent, but Mike Marra will need to step up for NMH to make a run.

Maine Central Institute, 4-7 Conference Record, 13-11 Overall Record
Wins:  Brewster, STM (2), South Kent
Losses:  Brewster, New Hampton, Bridgton (2), Winchendon (2), South Kent
The trip to MCI is brutal for any NEPSAC team and so they’ve been able to earn some quality victories on their home floor.  You also have to give them credit as this team is simply playing much better basketball than they were to start the season with Nick Combs, Mitch Rolls, Martino Brock, and David Grebru all getting it done as of late.

St. Thomas More School, 2-7 Conference Record, 15-13 Overall Record
Wins:  Worcester, Winchendon
Losses:  Winchendon, Bridgton, South Kent, New Hampton, NMH, MCI (2)
The Chancellors scored perhaps their best win of the season this past weekend as they knocked off Winchendon.  Dan Jennings may be the most physically dominant big man in the league, but STM will need to make more shots from the perimeter in order to be contenders.