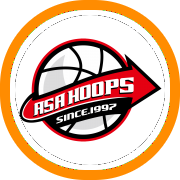 A Step Ahead (ASA) Basketball was established and founded by Brendan Smith in 1997 as summer camp for the City of Newton (MA).  The camps have grown throughout the years as they have partnered with the likes of US Sports Camps (a Nike sponsored affiliate), former Celtic Walter McCarty, and its most recent collaboration with Phenom America.

ASA now boasts over 55 summer camps throughout Massachusetts and New Hampshire and has also developed one of the biggest AAU programs in the region with over 50 boys and girls teams.

Smith previously coached at the college level with Mt. Ida and has been the head boys basketball coach at Boston Latin School since the 2006-2007 season. He has helped lead the Wolfpack to to three Dual County Championships and 8 State Tournament Births in that time.

What was your team's biggest collective accomplishment this summer?

“ASA has long been known for our strong elementary and middle school teams. The spring and summer of 2019 was a turning point for us in that we can now compete at the highest levels for all grades.  We pride ourselves on playing the long game with our athletes, teaching them the right way to play early on, preaching skill development and concepts – with the hope that as they mature it all comes together.   As a staff we were all very happy to see the program's success spring into summer 2019.”

“Matt Price was already a Boston Globe All-Scholastic and Bay State All-Star. He averaged over 20 points per game during the live period for the second consecutive summer and reclassified at Kimball Union from 2020 to 2021.”

Who is the one prospect who is still a little under-the-radar?

“It’s hard to pick just one for 2020. We have a very strong foundation with Khai Smith, Alex Momo, Leon Williams, CJ Holmberg, and Tom Andreae.  In 2021 we have a very deep class that are all under-the-radar. Ryan Donahue of Boston Latin School was a Dual County All-Star. Donte White Barboza from Boston Green Academy, who was a City League All-Star, and Max Hall from Belmont Hill are two players that have incredible motors.”

“Alex Momo of Doherty High School and Leon Williams of Cambridge Ridge and Latin emerged as difference makers in 2020.  Both are high-motor players who get the job done on both sides of the ball. Jake Harrison (Boston Latin School), Drew Martin (BC High), Duncan Bubar (Newton North), and Jake Gomez (Weymouth) have some serious length and versatility which makes them high-level prospects in 2021. Jack Altman at Brookline High has a great stroke and tremendous I.Q.”

“Each season brings a new sense of excitement to our program.  Not just to see the growth of our existing players but to see the potential of our new players.  As a staff were all looking forward to not just the college placement of our 2020 and 2021 prospects but the continued growth program wide.”