Ready for a Comeback 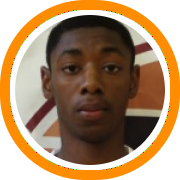 It was January of last year when Jacquil Taylor suffered a gruesome foot injury, which not only ended his season, but also Beaver Country Day's chances of a 2013 NEPSAC title, along with all of Taylor's subsequent travel season.

The injury was officially diagnosed a Lisfranc fracture, which essentially means a displacement of a bone in the foot, required two surgeries.  The first inserted temporary screws to stabilize his foot and the second removed them.  Following countless hours of additional rehab, Taylor is now hoping to be fully cleared within the next week according to his father, Maurice Taylor Sr.

“It’s gone so well the doctor told Jacquil they’re going to be studying this case for the next twenty years,” Beaver Country Day head coach Juan Figueroa said, “that how successful everything went.  He’s passed every hurdle, every benchmark.”

Those hurdles and benchmarks have come consistently over what has been an eight month rehabilitation process that includes two trips to physical therapy per week and hours of daily strengthening exercises.

Beyond his rehabilitation, Taylor has also been working on any parts of his game that he could, given the limitations of his foot.  He’s added 15 pounds of muscle and also been able to work on his skill-set.

“I was on the floor as soon as I was able to walk in my boot, just doing stationary stuff,” Taylor said.  “I got my boot off maybe four or five weeks after surgery and now I’m allowed to jump, shoot and dunk again.”

“I feel like I’ve gotten better with my ball-handling,” he said.  “My three-point range is getting better, but still not where I want it to be.  My face-up and back to the basket game is getting better.  I’ve been in the weight room since I had my cast off and was able to do stuff in my legs.”

Taylor’s hard-work is about to pay off as he will be returning to the court with a growing group of college coaches eager to check on his progress.

Taylor claims current offers from Purdue, Providence, VCU, Miami, and George Mason with Marquette being the latest to reach out over the weekend.  All of those schools, along with others like Pittsburgh, are expected at Beaver Country Day’s open gyms this fall.

While many of these schools are starting to get back involved now, one school that has been there throughout the rehabilitation process is North Carolina A&T, where older brother Maurice Jr. is set to begin his freshman season.

“North Carolina A&T stuck by me the whole time I was injured,” he said.  “They called me about twice a week, basically for the last eight months.”

That loyalty is likely to keep N.C. A&T in the picture, even as more and more high-major programs come calling, but whether or not that will be enough to get them a monumental steal remains to be seen.

Instead, Taylor has an official visit to Purdue on the books for later this month, and remains open to new recruitment, which seems very likely assuming he regains his old form as expected.