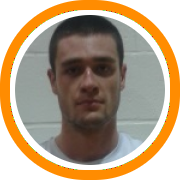 CoxHub, in their continued collaboration with the New England Recruiting Report, has published their most recent NEPSAC preview, this time examining Class A of the NEPSAC.