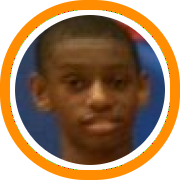 - Came in as the favorite and therefore it comes as no surprise that they took home the Gold Medal, defeating the Shooting Stars in the Final by a score of 59-52.  Leadin the way for Elliot Fontaine’s squad this weekend were Jamal Allen, Ceasar Adim (pictured on homepage), Tyrique Lee, Nick Botelho, and Dave Roelke.

- Guided by the back-court of Geo Baker and Ghared Boyce (pictured above), MABC took down the Gold by defeating monster-mash prospect Jermaine Samuels and MPLEX in the Final by a score of 49-42 in a game in which Boyce exploded for 27 points.  Also coming up big for MABC on their championship run were Jaylen Cromwell, Thomas Mabine and big-man Nick Osarenren.

- The favorite coming in after winning the prestigous Clash for the Cup tournament over the winter, the Shooting Stars took care of business by defeating the Bay State Jaguars in the finals to capture the 12u Championship

- The M-PLEX Mustangs seized the Championship in the 5th grade division by defeating Mass Evolution Elite in the finals.