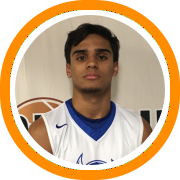 The July evaluation period has now come and gone and so it is time to take stock of what has changed.

We’ll begin in the class of 2018 where we’ve already detailed the huge month, or more specifically the huge week in Las Vegas, of New England Playaz forward Nate Laszewski and the consequent scholarship offers to come from that series of performances.

Vermont Academy forward Simisola Shittu, who ran with CIA Bounce on the EYBL circuit, was the other local New England product to take his recruitment to new levels this month. While that rise won’t be seen in local rankings, since he was already #1 in the class of 2018, it can be measured in his national presence and consequent recruitment.

Laszewski and Shittu though were really just the tip of the iceberg when it comes to New England’s stock risers from the last month (reminder – a stock-riser is someone who took their recruitment to unprecedented levels not an already elite prospect who solidified their status). So who were those ther risers? Here’s a look:

Dimon Carrigan, BABC – His ascension started in the spring but went to an entirely new level at the EYBL Finals when he put on a one-man defensive clinic and wrapped up some of the best metrics Nike has seen in quite some time. His recruitment spiked as a result and now he has a top 8 of Miami, Wichita State, Georgia Tech, UConn, Clemson, Houston, Texas, and Syracuse.

Ronnie Silva, DC Blue Devils – He’s undersized, he plays below the rim, and really didn’t even have any scholarship level sniffs before July. But now things have changed pretty dramatically. What he may lack in size, power, or explosiveness he makes up for with skill, style, and charisma. He’s one of the most exciting prospects in New England and now he has offers on the table with more interest to follow. Silva wasn’t alone on the Blue Devils either as backcourt mate Kevin Fernandez was another summer riser.

Calvin Whipple, CBC – He may have picked up his first D1 offer roughly a year ago, but make no mistake about it, Whipple brought his game to unprecedented levels this month. It started at the Big Apple Showcase and continued through the BasketBull Summer Finale. He was shooting it at an exceptional rate and showing a quick release, strong body, and deceptive athleticism to push his recruitment to the mid-major level.

Max Zegarowski, Expressions – Unbeknownst to most, Zegarowski spent the spring playing through an inner ear issue that through off his balance and equilibrium for a matter of months. He didn’t complain and he still made shots at a high clip, albeit perhaps not as incredibly high as he did during the prep season. This summer though, with the issue now resolved, he reminded everyone why he is as good of a shooter as there is in New England and took Vegas by storm with 22 threes in his first three games.

Chris Doherty, New England Playaz – Two years ago, Doherty was one of the most impactful underclassmen in New England. After missing last summer’s circuit, Doherty was steady for most of thi spring and the summer. In Las Vegas though, he returned to his old form as he showed his physicality, toughness, power, and athleticism in the paint and picked up a Big Ten offer in the process. Playaz’ guard Ethan Wright also helped himself with offers now reaching the Atlantic 10.

Wildens Leveque, Mass Rivals – He was a name that most hadn’t heard until the spring and then, just as quickly as he appeared, he disappeared following an injury. Leveque returned to the court this summer and showed everyone that same intriguing combination of tools to earn himself his first high-major offer. He’s admittedly still very raw and just beginning to learn, but if he ends up in the class of 2019 as rumored, he’ll emerge as a top prospect in that group.

Tommy ONeil, Middlesex Magic – If we were to track the origins of O’Neil’s emergence it could be dated squarely to the Memorial Day Super 16 when he stepped up to lead the Magic to the championship. Since then, O’Neil has maintained that same level of aggressiveness and production while also teasing coaches with promise of upside as he continues to fill out his frame and polish his skill set.  He now owns offers in the NEC and Patriot League as a result.

Tyrone Weeks, Metro Boston - If Nick Timberlake was slightly under the radar heading into July it may have only been the public perception as he solidified his offers this month, but Weeks took his game to new levels and added new offers as a result. This long and wiry wing defends and slashes with great economy of motion and has a frame that should just keep coming with a good amount of upside.

Nate Hobbs, WrightWay Skills – Known for his explosive athleticism first and foremost, Hobbs’ game went to new levels this summer as he made plays at a more consistent level and just seemed to have a better sense and feel for the game. College coaches took notice as the University of Hartford became the first school to offer him a D1 scholarship.

Abdul Ajia, Rhode Island Elite – Who is that? That was a popular question in the second week of the month at the Big Apple Showcase. The player in question was long, athletic, active, and even pretty versatile with his ability to score the basketball in various ways. The answer was Abdul Ajia and now he has a pair of full scholarship offers to his name.

Terion Moss, Blue Wave – His ascension started before the live period, at the Elite 75 College Showcase. He walked away with his first full scholarship offer that night and a month later, he now holds a second offer as well. His talents are not newsworthy in the state of Maine, where he’s been a proven star for a long time, but now Moss is making a name for himself beyond his home state’s borders.

Chris Matthews, Mass Elite – Like Moss, Matthews started to emerge as the Elite 75 as well. While he didn’t walk away from that event with immediate offers, what he did was begin to build a following of D2 coaches who were impressed enough to come back and see him again. The more coaches watched, the more they liked and now Matthews owns multiple scholarship offers.

Sean Conway, CT PHD – Another Elite 75 alum, Conway was intriguing that night and even better when we went back to see him this month. He’s a shot-maker he exploded for a 31 point game in the first week of the month and backed that performance up with more like it as the month went on. He picked up an offer from Air Force along the way and is still just starting to make a name for himself.