Flying under the Radar 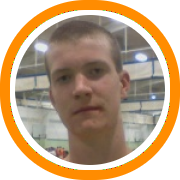 With all of the rules, regulations, and restrictions set forth by the NCAA college coaches are severely limited in terms of the amount of time they can watch players.  Essentially they have AAU tournaments and camps during the month of July, open gyms in the fall, high school and prep school games during the winter season, and then two weekends (beginning in 2008) in April for more AAU tournaments.

That leaves the rest of the AAU and camp season, showcases, fall leagues, summer leagues, rec leagues, most open gyms, and a variety of other venues that coaches simply don’t have the benefit of seeing.  Unfortunately, the system is flawed and with so little time to evaluate and recruit players, college coaches inevitably make some mistakes by taking a player who isn’t good enough or by passing over a player who could be very good.  Today we take a look at ten players in the class of 2008 who college coaches need to start paying attention to before they miss out on a good thing.

1.  Zach Dugas – He made a big name for himself last year at the Nike IS8 league when he outplayed high-major level recruits.  This summer he missed a big part of the July live period with a hand injury, but was still able to make it back into the line-up for the Super Showcase and AAU Nationals where he played well.  Dugas is a scoring point guard with a very strong handle and an equally potent shooting touch from the perimeter who could definitely make an immediate contribution at the division I level.

2.  Sean Crawford – Crawford is returning for his second season at Notre Dame Prep a much better player than he was a year ago.  His long distance marksmanship is still among the best around, but he has much improved his ability to get to the rim, create for his teammates, and use screens on and off the ball.  Crawford is originally from New York and we can’t figure out why schools in the tri-state area aren’t lining up to bring him back home.

3.  Mike Ryce – Ryce is a 6’5” wing man who is now at Choate Rosemary Hall in Wallingford, CT doing a post-graduate year.  He is a freakish athlete who gets to the rim at will and finishes well above the cup.  Unfortunately, because he is originally from Chicago and is currently playing football, many division I coaches in the area still don’t know about him.

4.  Rusmir Dzanko & D.J. Campbell – The Vermont natives are both lacking the type of recruitment they warrant.  Dzanko is 6’6”, athletic, strong, and has a terrific academic resume.  With that type of profile you would think that NESCAC schools would be all over him, but for some reason that is not yet the case.  Campbell is a perimeter player with good size, a very impressive three-point stroke, and a knack for putting points on the board.

5.  Doran Mitchell – During his career at Berlin High School the combo guard left no doubt that he could put the ball in the basket with the best of them.  But since arriving at St. Thomas More he has shown he can play within the team concept as well.  Mitchell is hitting open teammates, feeding the post, and even playing better defense on the perimeter.  All the while he has done a tremendous job of building up his physique.

6.  David Rufful – Rufful has named Dartmouth as the school who has been on him the longest and the hardest, and the Big Green is likely hoping to get Rufful committed as soon as possible, because if he continues to play at the same level he has been since arriving at Northfield Mount Hermon he is bound to get a wide variety of other division I suitors.

7.  Ryan O’Connell – Any two guard who is almost 6’4” and can consistently knock down shots from five feet beyond the three-point line should be getting a good amount of division I interest.  Although the Ivy’s have been on O’Connell reasonably hard the rest of the country appears to be missing the boat.

8.  Robert Wesley – Wesley missed virtually the entire summer after falling ill.  Consequently, many college coaches haven’t had the opportunity to evaluate him at full strength in quite a long time.  Rest assured once they do his recruiting will pick up in a major way.

9.  Brian Fitzpatrick – Fitzpatrick is the definition of a mismatch problem.  The lefty can take big men away from the paint with his consistent three-point range or bring the smaller guys down to the block where he has a good repertoire of moves with his back to the basket.  If that weren’t enough he is also an outstanding student.  So why aren’t more Patriot League schools on him?

10.  Andrew McCarthy – McCarthy was unable to play this summer due to a back injury so similar to other players on this list many coaches haven’t gotten a chance to see him at full strength in quite a long time.  Before going down with the injury McCarthy had just heard from new Michigan Head Coach John Beilein who loved the big lefty’s ability to stretch defenses with his shooting prowess.